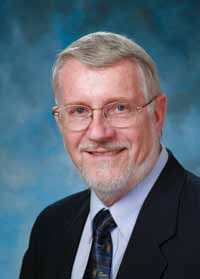 Dear Professor Phil,
In one of our classrooms, the computers access the network by using Wi-Fi. We want to allow the use of student owned mobile devices to view downloaded video files. The files will be standard definition (640X480, mp4). The room will be limited to 20 students. However, initial trials have been far less than satisfactory. Our IT colleagues tell us the problem is our 802.11g access point that has a maximum bandwidth of 55Mb/sec. They want us to budget for an 802.11n access point. Is that likely to help? What other suggestion would you have?
—Vern, Nashville TN

• File transfers, such as you are attempting, will likely obtain a throughput of 25-40% of the nominal speed of the wireless link even under good environmental conditions.

• If the students authenticate to a domain controller, there would probably be a multi-megabyte transfer to each student when they log in to the network. This may consume nearly all of the bandwidth available for 10 or more minutes.
• Such authentications are generally clustered relative to time, often close to the beginning of the class period.

There are other possible sources for potential hazards. The best steps to take seem rather clear. First, add several access points. Place the access points on different channels. Generally, Channels 1, 6, and 11 are used in the U.S. These are legal channels that have little cross channel interference. This will increase the access bandwidth to be at least a factor of three times. If the access points are strategically placed, as in the figure, bandwidth can be further increased. The interconnection of the access points should be to a Gigabit switch. Some access points allow control of the radio output level. These levels can be set so that a user device can reach only the nearest access point. This also will help.