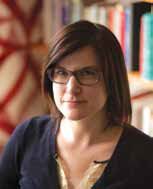 What’s it like outside? Almost every time someone asks this question, even when standing near an open window, they pick up their iPhone and check the current temperature and weather report digitally rather than manually. It’s not good enough to get a vague sense of weather conditions. Given the choice and convenience of complete meteorological analysis, we prefer to know the exact numbers, and we also want to look ahead at what the next few hours will be like—all instantaneously.

Weather reports were a topic of conversation long before a complete weather station could be stored in our pocket. We’ve always wanted to know what to expect so we could make a proper plan. But it’s not always possible to predict the infinite number of variables that may affect an outcome.

Much has been made in recent months of the crumbling status of Blackberry pusher Research in Motion, which recently got a new CEO. Even those who still carry the device have to snicker when they hear the prediction once made by some hubris-exhibiting leader from that organization: “The iPhone will never make it to enterprise.”

Oops. The fact is, technology itself is not only on an exponential course of change, but its purpose also tends to evolve faster than we can open an umbrella in a sudden downpour. In this Spring’s special sales tools edition of SCN, we focus on a market segment that epitomizes these notions. Digital signage began as little more than a replacement for static posters. Now the best implementations incorporate motion sensors and RFID to truly “personalize” a user’s experience.

Even if a perfect digital signage market prediction cannot be made in a climate where conditions change as erratically as the clouds above, there is at least one fixed variable. If you want digital signage to matter to your client and their audience, you’d better make the experience as personally valuable as a pocket weather station. Tell the customer something they want to know via a technological means so indispensible to their lifestyle that they trust it even more than an open window.