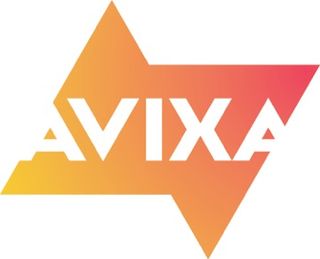 In a press conference on September 13, 2017, CEO Dave Labuskes explained the details of the new organization and strategic plan. “AVIXA defines who we have been, who we are, and who we want to be,” Labuskes said. “AVIXA will help drive the next chapter of industry growth.”

"AVIXA is not just a trade organization, we are a professional society," said Gary Hall, CTS, CTS-D, CTS-I, president of InfoComm’s Board of Directors, and Federal Strategy, Planning and Operations at Cisco Systems. "The AVIXA Board of Directors has set out an ambitious plan to grow the association, increase awareness of AV experiences, and reinvent our brand in order to propel this industry into the future.”

1) AVIXA is the strategic plan for the next 50 years.

The change from InfoComm to AVIXA is not about “short-circuiting the channel,” said Brad Grimes, AVIXA’s director of Communications. Instead, it reflects a commitment to innovation and integrated experiences, and the new company will be a more authentic representation of both what its members do (AV) as well as what they create for customers, which are integrated experiences (IX).

“[AVIXA] marries the straightforward and traditional notion of AV with the integrated experience,” Labuskes added. AVIXA was created to be a “new foundation for value for members and a growth catalyst driven by exceptional experiences,” he said.

AV = Audiovisual technology is separate from IT. AV is the magic.

A = Association. A community working together for the common good.

AVIXA is now the official name of the association and all its certification standards, but the InfoComm name will remain for tradeshows only.

3) AVIXA is not just a surface-level 'name change.'

AVIXA is a new organization with new areas of focus. “This is not a new coat of paint, it’s an entirely new way to position the association and the value we offer,” Dan Goldstein, senior vice president of marketing, said.

“The core of what we represent stays the same,” added Labuskes. “What we’ve done today is recognize that the future requires new focus and new programming." Technology alone is not enough. It’s about connections and common needs.

4) AVIXA will be truly inclusive. It will invest new energy into technology managers and content creators, but integrators shouldn’t worry.

It will be "a process" going forward, said Dave Labuskes, but content creators, digital artists, technology managers, merchandisers, architects, and UX designers will all find a place in the newly identified association. He believes that welcoming more voices into the conversation will be ultimately beneficial.

“[New titles such as content creators] will find relevance at AVIXA that's reflective of content, space, and technology. The real value is the outcome for the customer. We need to have all people represented,” Labuskes said, “and TIDE is a tangible example of that.”

“If InfoComm didn’t transform into AVIXA, we would be leaving our channel behind,” said QSC’s president and CEO, Joe Pham, PhD. He added that this is an exciting change that brings InfoComm members along. “This allows us to take a very fresh start and reinvent the value proposition.”

Julian Phillips, Whitlock and president-elect of AVIXA, added that "an empowered and informed end user" spends much more than a disrespected end user.

InfoComm 2017 tracked record-breaking attendance of tech managers and end users, but it is unclear if a new credential series will be added exclusively for technology managers within AVIXA. Labuskes stated that “technology managers are an important group but they are not a homogenous group."

“Connecting with end users is critically important for us as a company,” Gary Hall said of Cisco. And since a “tech manager” is different from a “decision-maker,” AVIXA will also offer more nuanced market intelligence and programming. Sean Wargo, a new member of the AVIXA Market Intelligence team, emphasized that new research initiatives will be designed to measure how AV and exceptional experiences lead to better outcomes and RoI.

Brad Grimes concurred. He added that beyond new research and data, AVIXA will "empower integrators" and all members to re-position themselves with knowledge and new tools for future success.

A new membership model for AVIXA will roll out with a broader product set and more market intelligence. The timeframe for that roll-out has not been confirmed. The new structure will allow for the agile creation of microcredentials when needed.

6) AVIXA is inclusive. It will attract new titles and new members.

Labuskes said that for the past three years, executive board members have been asking: “How do we connect with technology decision makers, architects, designers and deliver a message they care to hear?” There is an increasing awareness of the strategic value of AV, and new market intelligence is required to support the next stages of growth. Therefore, the creation of AVIXA is a proactive plan serving the notion of that experience creation moves beyond technology alone.

AVIXA will be bringing more people into the global AV conversation in ways "that speak to technical excellence" as well as the imaginative possibilities of experiences.

“We are devoted to driving market growth, developing industry standards, delivering training, and we are giving our industry a sense of identity and belonging. We are offering shared ownership for our industry’s destiny,” said Labuskes.The new strategic plan was shaped by input from every InfoComm employee and hundreds of volunteers.

7) AVIXA will up the ‘wow’ and produce more content.

“As long as we have the ‘wow,’ our industry will keep growing,” said Julian Phillips. To that end, the new association, which has modernized and transformed while staying true the value of InfoComm, will double down on content production. The “wow”-worthy content will reflect the new areas of focus: storytelling, exceptional experiences, and technology for creativity.

8) AVIXA honors the history of InfoComm while charting new terrain.

InfoComm began in 1939 as the National Association of Visual Education Dealers with a shared need to advance the industry and sell film projectors to K-12 classrooms. Clearly, the common need has changed dramatically since that time.

Gary Hall opined that his career has been shaped by the changes in the AV technology industry, and he is exited about the new paths forward. “I’ve watched this industry transform," he stated. "From [the origins of] technology and components, we now have AV as a service.” He added that AVIXA will be truly dynamic — an association that is agile enough to support members and address needs as technologies inevitably evolve.

9) The AVIXA conversation began years ago.

AVIXA and its new strategic plan began as a series of conversations in 2013. The InfoComm Board asked: how can we create exceptional experiences through AV? Consultants were commissioned and they worked in concert with the InfoComm Board to craft the new visual strategy and areas of focus. The dynamic and scalable icon, "the window," is representative of the community served.

10) IT is an enabling technology for AVIXA. "AV is not the IT industry."

In terms of the role of IT within AVIXA, the Executive Board believes that, despite increasingly converged applications, AV and IT are separate. IT is an enabling technology for the AV experience.

The relationship between AV and IT will continue to grow and evolve but “AV is not the IT industry,” Labuskes said, “and we are about the experience.”

AVIXA is another milestone in the evolution of professional AV offering a holistic strategy for hardware, software, and services. “We are once again delivering on our commitment to the industry and our members,” Labuskes added.

Margot Douaihy is the editorial director of AV Technology.