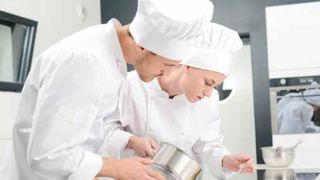 Large-scale construction often involves owners’ representatives to oversee and manage projects, but owners’ reps that concentrate solely on technology is an emerging trend. As enterprises find themselves spending an increasing amount of money on sophisticated AV technology, they want reassurance that what they’re purchasing and deploying is going to meet their needs, and having a tech-focused representative in their camp is one way to achieve this. For AV designers and integrators, this new dynamic presents some challenges—especially when there are competing interests—but it offers a number of benefits, as well.

“Owners’ reps that specialize in technology are an increasing presence,” said Felix Robinson, vice president of enterprise accounts at AVI-SPL. He said that they are an important part of the process, and that they can serve to guide project participants toward a successful outcome. “We acknowledge that it’s going to be a part of the process. We don’t fight with it; we don’t try to control every aspect of it. We want to be working with a strategy that makes it all come together for the client—acknowledging that the client, the customer, the company that’s going to end up with the product of all this effort is going to be the one that needs to be satisfied.”

Stephen Shea, associate principal at Shen, Milsom & Wilke, noted that tech-focused owner’s reps come in a number of different forms. “[They] can be our competition, [they] could be a design/build contractor—it could be pretty much anybody that has worked on the site or worked with the owner before, and they’ve been engaged to oversee what the installation of the technology is going to be,” he said. These individuals are retained in addition to an owner’s existing tech staff, who, while they’re skilled in the operation and management of systems, may not possess the expertise required for large-scale deployments, such as design review and the oversight of the actual installation.

For designers and systems integrators who are new to working with owners’ reps—especially those whose specialty is technology—there is the potential for conflict in this relationship, but Shea said that it doesn’t have to be that way. The key is to take the time up front to understand what goals the owners’ rep must fulfill, and, therefore, what is expected of those charged with designing and deploying the AV technology. “If you have a clear starting point—if those expectations have been worked through in the beginning of the project—then it’s a fairly simple design process and implementation,” Shea said. “If you skip that step, and you don’t get everybody at the table, and you don’t have everybody sit down and talk about what goals each individual group is trying to achieve on the project, you end up with more confrontation or more disagreements or problems, because you’re not understanding what they need to accomplish, and they might not be understanding what you need to accomplish.” Has the owner’s rep been instructed to prioritize performance over scheduling? Or is meeting budget the most important thing on their list? “Without sitting down and documenting all of that in the beginning, it becomes a little bit chaotic.”

Christopher Maione Associates, an AV consulting firm, acts as a traditional AV consultant, but also, on an increasing basis, as a technology-focused owners’ representative as well. Christopher Maione, the firm’s leader, says that for him, this latter business model has taken shape over the last five years, and that currently, more than half of his business is generated from representing facilities owners (either the owner retains his company outright, or he is commissioned through a larger project management firm that doesn’t have internal AV technology expertise on hand). He noted that one significant advantage of having a good working relationship with an owners’ rep is that they can often speed up the decision-making process.

“There are a lot of times consultants and integrators complain that they cannot get straight answers from the client because the client doesn’t know the answers to the questions that they’re asking,” Maione said. “I can take those questions, go behind closed doors with the client, explain to them what the questions are, and give them a recommendation for what we believe the answer should be.” He argued that in this manner, his contribution to the project benefits not only the owner, but the designers and integrators, as well.

Shea confirmed this: “Where the owners’ rep can be efficient, for us, is [when they can] go in with a consolidated report and they can present that to the owner and get quicker responses—and maybe more informed responses, because they’re looking at the entire project and they’re presenting things to the owner in a manner in which they can get those decisions made,” he said. This isn’t always the case in projects where there is no owners’ rep, and individual consultants are all fighting for the owner’s attention.

Gregory Clark, principal consultant in the corporate design practice at The Sextant Group, also pointed out that because owners’ reps are generally responsible for tasks like scheduling, costing, and project communication, this frees up designers to focus their efforts on their core competencies. “If they can take on [those tasks], that takes it off of our plate, and that’s a bonus for us—instead of having to document decisions and minutes and things of that nature, which, obviously, take up time, then that frees us up to really focus on design-oriented work,” he said.

While AV consultants, and in many cases AV integrators, traditionally strive to form direct relationships with owners, Shea believes that the technology itself is mandating tech-focused owners’ reps to act as a go-between. “As technology becomes more and more complicated, and owners are looking to protect themselves on their investments, we’re going to see more and more owners’ representatives,” he said. “Finding a way to work with them and establishing these goals at the beginning is really key to a successful project.”

Stay Away From My Margin!

In his role as an AV-focused owners’ rep, Christopher Maione of Christopher Maione Associates oversees all aspects of the AV design and deployment in large-scale construction projects. This means that he will also review the AV procurement process––and, if it makes sense, he will negotiate purchasing deals directly with AV manufacturers. “On occasion, I will go directly to the manufacturer on behalf of the client and see if we could, perhaps, strike a deal if we’re going to do, for example, 200 flat panels,” he said.

Obviously, for AV systems integrators who rely on product margins as part of their revenue stream, this practice eliminates any chance of making money off of certain gear. But, while as a consultant, Stephen Shea, associate principal at Shen, Milsom & Wilke, admits that his firm doesn’t get involved in the equipment procurement side of things, he underlines that if these parameters are discussed early on, the potential for problems down the road is diminished. “I think that issues usually come into play when they bid a project [thinking] they’re going to make a certain margin on a product that they’re going to install, and then that changes during the bid process. Or it changes after the project has been awarded, and then it’s, ‘Well how do we make up for the difference? How do we install it? Who’s going to warranty it? Who’s going to support it?’” he said. “There are a lot of questions that come up if a dealer doesn’t buy that equipment, so again, I think the easiest thing to do is to try to get that information up front.”
––C.H.