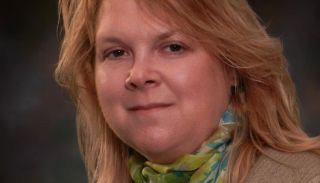 Few industry leaders enjoy as full a life as does Mary Cook. Her 30 years and counting in the AV industry began with an oboe and have embraced stints in contracting, applications engineering, design, and now, consulting for The Sextant Group in Atlanta, GA.

Couple that with her reputation as a stickler for industry standards and a fierce proponent for women in the industry. She’s active in both the Women of InfoComm Network and the association’s Standards Committee. And she is armed with an uncanny instinct for moving on within the industry at just the right time.

A Midwesterner with a stubborn streak that has served her well, Cook’s earliest ambition was to be a musician, a desire ignited by a symphony performance of Prokofiev’s Peter and the Wolf, in which the duck character is voiced by an oboe. Two summers at the prestigious Interlochen Center for the Arts convinced her otherwise—a fortuitous discovery for the AV industry.

Meanwhile, Cook’s high school had built a new auditorium with an Electro-Voice system and had no one to operate it. “I was handed cassettes, and within two hours had it figured out,” she said. “It was like a light went off; when I turned the knobs, the sound changed.”

Cook, who in 1989 graduated from Ball State University as the only female that year to receive a music engineering technology degree, chose the school for its renowned recording program—and, it allowed freshmen into its floating room studio to learn mixing and recording.

An internship at an outside recording studio, however, brought an epiphany of sorts. “It became apparent that there was no creativity involved there,” she said. “Someone else took the recording material, and I couldn't play with it.”

After graduation, Cook discovered sound contracting at Ascomnorth and other firms, and also worked as a roadie. “Back then it was audio or video; they only merged in movie theaters,” she said. “There were still not a lot of women in the industry, and even fewer on the technology or design side.”

In 1995, Cook was hired by Bose as its national technical trainer, teaching contractors, including men who had been in the industry for years, how to design systems. This was both a challenge and a lesson in tenacity. “Here was this young woman, and they tried to trip me up,” she said. “That toughened me up. I loved teaching; what makes me tick is solving someone’s unsolvable problem and making them smile about the solution.”

Moving into applications support engineering at Bose, Cook worked in large venues, falling in love, she admitted, with “huge audio.” She designed sound systems for the University of Michigan football stadium, houses of worship, Olympic venues, opera houses, and college basketball arenas. “I traveled the world and mixed live sound.”

In 2006, she knew it was time for a change, and moved to EAW as worldwide applications support manager. “It was hard to leave Bose, but I had done everything there and sideways,” she said. “To grow, you have to be able to see all sides of the industry. I spent a lot of time with [EAW co-founder] Kenton Forsythe, who was always experimenting, thinking about the way people interact. I saw how customization happens, and I wouldn’t trade my experiences there because that propelled me into consulting.”

Cook went on to Jaffe Holden, realizing that she wanted to be in the consultant’s realm. “They’re the ultimate problem solvers,” she said. “I saw how consultants looked at the industry and in 2012, I moved to Sextant, a firm on the cutting edge. [Sextant president/CEO] Mark Valenti is a visionary. He hires people like him, and the opportunity to work for him was irresistible.”

Cook, who has witnessed the merging of AV with the networked system, does not consider the convergence in its infancy, but rather like a college graduate looking for a first job. “The world of AV and networking are not immature, but they are sowing wild oats,” she said. “What I see now as merged tech systems, where we talk to smart building systems, one big world called technology and where our industry has to get its head around.”

And that’s where living-and-breathing standards are important. “You cannot write a standard that is not mutable and malleable,” Cook said. “Today’s standard is not the standard of three years from now, so it has to be tight enough for today with the ability to change without affecting the end result. A lot of what we do is subjective. Unlike HVAC or electrical, our world is pretty gray, with an artistic side, and so standards need guidelines for a baseline, but the ability to leave a little bit of that gray.”

Cook is excited about seeing young women coming into the industry. “I used to get patronizing answers to tech questions at the shows,” she said. “Now there as many women as men in the booths. There were 20 of us at the first InfoComm women’s luncheon, and I still remember us in a corner of the Orlando Convention Center. Two years ago, there were more than 200 of us, and we took up a whole ballroom.”

A good sense of self-deprecating humor is a necessity, she said. “This industry can be hard to navigate without one. We’re playing with toys. Nothing we do, except for life and death applications, is actually a life and death situation. If a speaker system goes out during the Super Bowl, that’s embarrassing and bothersome, but no one died. Now, as everything gets tied into the IoT, a sense of humor will be important as things get worked out.”