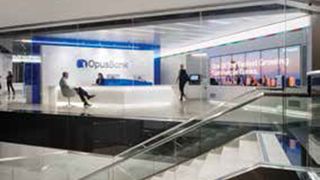 Population booms, politics, and the client’s desire for a true global partner are a few of the factors influencing the industry outlook for 2017. From sea to shining sea, we took the pulse of integrators from the Pacific Northwest through the Heartland, and along the Eastern Seaboard to assess what happened in 2016 and to get a glimpse of what’s in store for us this year.

The Pacific Northwest has been experiencing a bit of a boom in AV systems sales opportunities.

“Margins are up a bit, and the solid projects on our books reflect a seemingly broad base of generally positive growth and expansion in the region,” said Steve Olszewski, senior vice president, Dimensional Communications, an integration firm based in the greater Seattle area, and vice president of Stealth Acoustics.

The PNW benefits from growth in major technology companies such as Amazon, Expedia, and other corporate players, as well as allied private corporations and reasonable public sector activity, he noted. “New buildings, as well as retrofits, have led to a strong marketplace. General growth in the Northwest has been assisted by an increase in population, I believe somewhat predicated on our mild weather, robust lifestyle opportunities, decent wages and living conditions, and access to global supply chains.”

The assessment of the business climate in the Southwest today is that it is healthy and experiencing dynamic market growth expected to carry throughout 2017 and beyond. Pictured is a showroom at commercial furniture provider Interior Office Solutions in Irvine, CA, integrated by Anderson AV, now part of AVI-SPL. In light of the strong regional economy, disappointments were few in 2016. “Projects have proceeded in an orderly manner, with little cancelation or delay,” Olszewski said. “The pleasant surprise is that when compared to other regions, we have grown and expanded. As a global manufacturer, we see that finding success is more chaotic in other places where we do business.”

Cautiously optimistic best describes his 2017 outlook. “Our backlog of orders is strong, but we sense a tail forming to the growth we have seen in 2016, and we believe that as the current backlog of work is churned, new orders may be a bit more difficult to keep coming in at these levels in 2017. We learned in the recession that you need to operate as if the well could dry up at any moment. And, whether a strong business environment continues or tails off, we will remain nimble to adapt to those realities. We hope it’s a long tail, or perhaps no tail at all for a while, but we’ll grow, maintain, or contract our operations dynamically as needed to be alive for the long haul.”

Top verticals holding steady in the Southeast for Whitlock are the financial and legal markets. Pictured here is an auditorium at the law firm Arent Fox in Washington, DC.How the Southwest was “One”

Lance Bowers and Shane Parkes both hold the title of senior vice president of sales and operations, West, AVI-SPL. Parkes was CEO of Anderson AV prior to the recent merger with AVI-SPL. Entering 2016, AVI-SPL and Anderson AV were separately leading digital workplace transformation for organizations throughout the Southwest.

Their assessment of the business climate in the Southwest today is that it is healthy and experiencing dynamic market growth expected to carry throughout 2017 and beyond. “After a sizeable uptick in refresh projects the previous year, 2016 saw a return to new capital projects,” they said. “This is a current trend we expect to continue, with new markets continuing to emerge while other verticals such as the high-profile tech companies in California, expand. Ultimately these were significant factors in AVI-SPL and Anderson AV deciding to join forces.”

They acknowledged that the unknowns within the energy and oil market, along with other economic uncertainties, kept multiple organizations from moving forward on big decisions like new capital projects. “With 2017 adding clarity, we expect businesses to no longer be handcuffed by the unknown and begin to act on key strategic initiatives with informed confidence. This includes providing solutions to two critical factors affecting the Southwest more than other regions: adapting to the influx of millennial workers and expanding global capabilities.”

Washington, D.C. has been one of Whitlock’s strongest markets, mostly due to the large corporate locations in and around northern Virginia, but and also because of strength in legal and higher ed markets. A training center at the law firm Arent Fox in Washington, D.C. Bowers and Parkes said they were disappointed that 2016 had to end. “In all seriousness, the year progressed as close to our projections as we could have hoped for. Of course, there were minor speed bumps during our 12-month journey, but nothing that halted our mission. The pleasant surprises were the intensified interest in managed services and global solutions within the region.”

Their expectations for the Southwest are at an all-time high. “With economic clarity, emerging and expanding markets such as tech, an uptick in managed services, and the need for a global solution, the region is filled with opportunities.”

The Heart of the Upper Midwest

Although the oil and gas situation has hurt economics in some parts of this region, both Minnesota and Kansas have remained strong. “While business overall is steady, there has been volatility from month to month,” he said. “We’ve experienced several months with soft orders followed by individual months with heavy orders. The soft months disappoint, and the strong periods surprise us. This volatility has not been so present in the past.”

There is a lot of optimism that 2017 and 2018 will become growth years for the business, Stoebner added. “While the political environment is polarizing, it appears to be laser focused on job and economic growth.”

There is a lot of optimism that 2017 and 2018 will become growth years for the business, according to Jeff Stoebner, president/CEO, AVI Systems. The 4 Bears Casino in New Town, ND, was a major project for AVI Systems this year.Due Southeast

Ewan Smith, regional vice president, East, Whitlock, doesn’t mince words. “The business climate across the Eastern U.S. has been strong for Whitlock,” he said. “In 2016, we experienced 20-percent growth for the entire Eastern market, with a 60-percent growth in the Southeast. Our pipeline all across the U.S. is looking good heading into 2017. Our top verticals are holding steady in the financial and legal markets, and we are finally seeing an uptick in federal spending, which is also nice.”

Washington, D.C. has been one of Whitlock’s strongest markets, mostly due to the large corporate locations in and around northern Virginia, he noted. “And also because of our strength in legal and higher-ed markets. We are seeing continued growth in Raleigh/Durham, Atlanta, and across Florida, including our newest office in Orlando.”

A pleasant surprise in 2016, Smith added, was the shifting mindset in Whitlock’s enterprise customers to wanting a global partner for all of their AV and collaboration solutions. “We are serving our largest accounts in multiple locations around the world now. It’s a great success story for the business.”

Expansion in the enterprise market has been significant in the Eastern U.S., and the emergence of Microsoft as a bigger player has raised awareness and brought in new revenue streams, especially around the Microsoft Surface Hub and Cloud, he said.

“We are in the middle of a lot of innovation in the video and unified collaboration space, especially with the new solutions from Microsoft, Crestron, and Cisco. We expect investments in video to increase with Fortune 500 businesses, and also to spread across their corporate campuses with enterprise standards.

“We also anticipate more attention to enterprise management and data analysis for understanding how new systems are being used and by whom; it’s a great way to drive adoption and show the impact of your investments. And of course, based on many factors, we expect our federal business to increase.”

All local vertical markets are expanding in the Northeast, including tech, biomedical, healthcare, higher ed, corporate, and financial services, according to John Mitton, vice president, Audio-Visual, Red Thread. Pictured is a corporate client’s office space in Boston.Looking Up in New England

The New England market is one the hottest as far construction goes, and is becoming one the most competitive in the nation with most, if not all, of the national and regional players having entered the market, said John Mitton, vice-president of Audio Visual/CTO, Red Thread. “While there are many opportunities, we are competing against six or seven integrators for each medium to large project. Separating ourselves from the pack of many qualified competitors makes for a very challenging environment. The good news is that all local vertical markets are expanding, including tech, biomedical, healthcare, higher ed, corporate, and financial services.”

There were a few disappointments. “Achieving stable margins in such a competitive market is frustrating,” Mitton admitted. “But there were pleasant surprises, too. IT Departments are starting to understand the importance of AV and are seeing us as the core capability for their organizations. This translates into the AV integrator now being looked at as a true partner rather than a necessary nuisance.”

With the evolution of workplace software such as Slack, Spark, and Microsoft Teams, he sees great demand for Red Thread to provide solutions that integrate space and technology to maximize the end user’s experience. “As an early adopter of this strategy, I see us well placed to take advantage of this trend.”