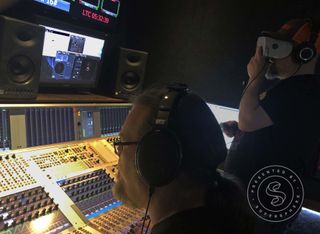 The What: Supersphere launched its new Audiophile Series, marking a new level of audio fidelity and delivery for live event broadcasts. Available on Oculus Venues, the series marks the first time that live VR/360-degree broadcasts will offer end-to-end natively mixed ambisonic audio for primary delivery, enhancing the level of event experiences so that fans worldwide can feel even closer to the show.

The What Else: “We’re thrilled to launch the Audiophile Series and bring an unmatched level of fidelity and audio quality to the world of live performance in VR and 360-degree,” shared Lucas Wilson, founder and executive producer, Supersphere. “Since our work with Paul McCartney and Geoff Emerick years ago, we have always valued the power of live experiences and worked to deliver the highest quality productions to truly transport fans. Now with end-to-end live streaming of ambisonic audio, we are raising the bar for what fans can expect from an immersive live stream.”

The Bottom Line: The Audiophile Series will kick off in New Orleans in May with three shows: The Revivalists (at the Fillmore on May 2), Preservation Hall’s 14th annual Midnight Preserves show (May 3), and Galactic (at Tipitina’s on May 4).

For more on the Audiophile Series and to tune in to the New Orleans events, visit: http://superspherevr.com/live-vr/