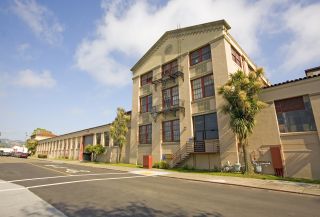 Meyer Sound is making a renewed commitment to further reduce energy consumption, cut manufacturing waste to zero, and provide more incentives for employees to reduce their personal carbon footprints. The new efforts build on more than a decade of work led by Meyer Sound’s own “Green Team,” a group of employees representing every department that continually work on new initiatives to further the company’s ambitious sustainability goals.

“At Meyer Sound we’ve been recognized as a Bay Area Green Business for more than four years, and we’re proud to be one of the most environmentally friendly manufacturers in the audio industry,” said executive vice president Helen Meyer. “But we’re not sitting still. This year we’re redoubling efforts to achieve zero waste and further shrink our carbon footprint.”

Spearheading sustainability efforts is 30-year company veteran Gary Robinson, who for the past decade has served as director of facilities and campus expansion. Robinson is charged with overseeing Meyer Sound’s physical plant, which comprises a cluster of nine structures in the bayside industrial flatlands of Berkeley, CA.

“In a sense our entire campus is recycled,” said Robinson. “We have a total of around 220,000 square feet of floor space in structures originally built from the 1920s through the early 1950s. About 65 percent of that space is in the historic former H.J. Heinz cannery, built in 1928. Making older buildings energy efficient is challenging, but we’ve made remarkable progress and we’re dedicated to doing more.”

The company’s ongoing efforts received a boost in 2016 when Meyer Sound joined with REV Sustainability, a consulting firm focused on green business practices, to develop a tailor-made Sustainability Action Plan.

“We put together a five year plan, which we’re about halfway through,” said Robinson. “We set three visionary goals, including cutting energy consumption by 15 percent and reducing manufacturing waste to zero. We’re well on our way to achieving both of those goals.”

To cut electricity consumption, facilities have undergone three lighting retrofits, with the last round of efficient T-8 fluorescent fixtures now being replaced by LEDs. All lights are programmed to go off when areas are not in use, and occupancy sensors are installed in occasional use areas like restrooms.

All HVAC systems have been upgraded for maximum efficiency, including special equalizer units to manage outside air intake. An online monitoring system delivers real-time status information to assure an optimum work environment with minimal energy consumption.

Under the new program, the company has made enormous strides in waste reduction, cutting manufacturing waste by nearly 75 percent. “No old or rejected electronic components go to landfill,” Robinson said. “We take an amplifier down to the PC board, stripping and recycling the copper, aluminum and plastic, even the steel screws. And for lunchroom waste, we now have composting bins.”

Wood waste from loudspeaker cabinets is either converted to pellets for biomass electricity generation or recycled into veneers or gardening mulch.

To maintain momentum toward achieving all goals, Meyer Sound joined a REV Sustainability Circle, which brought together diverse business enterprises in the area to develop innovative solutions to common problems. “Our group included Pixar Animation Studios and Bayer Pharmaceuticals, which are very different businesses from us,” observed Robinson. “But that actually helps us learn because we benefit from their different perspectives.”

Beyond its own efforts, Meyer Sound is extending its commitment upstream by sending out letters to all vendors worldwide, asking them to detail their own sustainability programs.

Meyer Sound also encourages employees to take action on environmental concerns. As one example, Meyer Sound employees volunteer regularly on cleanup programs in the parks and wetlands adjoining San Francisco Bay. Also, as a number of employees now drive to work in electric vehicles, the company plans to greatly expand access to charging stations in the coming year.

In the spirit of this year’s upcoming Earth Week (April 22 – April 26), Meyer Sound employees are encouraged to volunteer with Friends of Five Creeks in Berkeley for local coastal cleanup and restoration, and to attend sustainability presentations hosted all week in the Pearson Theatre located on the Meyer Sound Berkeley campus.