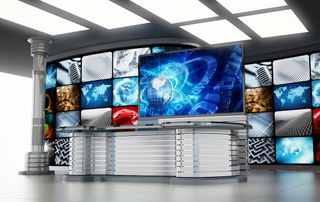 It is easy for any manufacturer to tout the virtues of their product. But if you want to get an unbiased view, talk to someone who has paid for the product themselves and installed it. They’ll give you the straight goods.

When it comes to the NETGEAR M4300 AV over IP switch and its ability to move uncompressed 4K video over 10GpE networks, one such person is Boas Hochstrasser. He is CTO at Genesis Technologies Marine; a European AV designer/integrator for the yachting industry.

In April 2019, Hochstrasser wrote about his company’s experience with the NETGEAR M4300 on IT Central Station, a web site that offers “Unbiased reviews from the tech community”.

The verdict: “With the NETGEAR 4300 series switches, we have been able to test, demonstrate, and provide training on the ZeeVee 10GbE SDVoE gear, which we distribute,” writes Hochstrasser. “Thanks to the availability of 10GbE, we have been able to show the difference between compressed 4K video streaming over 1GbE and uncompressed 4K video streaming with the use of the SDVoE protocol and 10GbE.”

In addition to the M4300's ability to distribute uncompressed 4K video over IP, Boas Hochstrasser likes NETGEAR’s ability to stack switches together, which is “a huge time saver!” he writes. “Having one interface to configure the complete system, especially when it comes to VLANs, helps a lot. This administration is something that is time consuming when all switches need to be configured individually. Thanks to stacking, you have VLANs available on all switches, and you can just select what you want.”

Is NETGEAR’s M4300 perfect? No: The company’s “web interface describes settings with names and sentences which are different from other switch manufacturers,” Hochstrasser said. “The web interface could also be improved when it comes to multicast settings ... Support for IGMPv3 querier would be appreciated ... The ‘how-to’ guides could do with some improvements.”

These minor problems notwithstanding, Boas Hochstrasser is very happy that Genesis Technologies acquired a trio of M4300 AV over IP switches for its network. The M4300 “simply runs, which is the best,” he wrote in the IT Central Review. “You can plug it in, set it up, and you can forget about it.”

Applications for the M4300 Switch

The many uses of 1G/10G NETGEAR M4300 switches. [garen- pls call out this video in a player on the page, high up in the article. Use the text as the caption]

A short video illustrating how easy it is to use the NETGEAR M4300 switch to create a four-panel video wall fast.