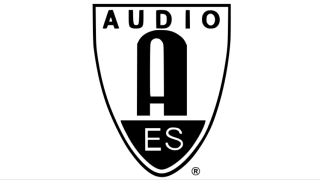 The Audio Engineering Society will hold the second International Conference on Audio for Virtual and Augmented Reality on August 20–22, 2018, at the DigiPen Institute of Technology, Redmond, WA. The conference and exhibition will bring together a community of influential research scientists, engineers, VR and AR developers, and content creators.

“Audio and video are integral components of AR/VR devices,” Tashev said. “Spatial audio is an area still under development; we need better capture, representation, and rendering technologies. To make it mainstream, we have to catch up with authoring and editing tools as well.”

The three-day conference and expo will focus on the dissemination of top-level research in the field of spatial audio for virtual and augmented reality, with demonstrations and discussions focused on technical solutions and recommended practices. Leading researchers, practitioners, and industry luminaries will offer panel discussions, tutorials, and workshops on new and forthcoming technologies.

The conference promises to be as interactive and cross-disciplinary as the field of VR and AR itself, and will include an exhibition of relevant software and product demos. The conference will bring together talented researchers and developers who are creating the next generation of audio tools for immersive content, with presentation topics including: