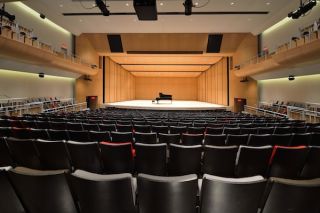 Built originally as a private high school located in a residential neighborhood of Montreal, the school has transitioned to College Regina Assumpta, recently designing a 705-seat concert hall as part of the revitalization of the college.