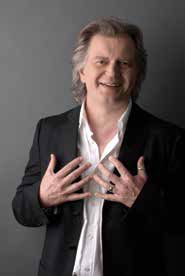 There are billions of connected systems interacting within today’s internet-ready landscape. These range from industrial robotic systems, to city infrastructures regulating streetlights and toll roads, to residential components, including smoke detectors, automated door locks, and HVAC systems. As we enter an age where our personal, professional, and industrial lives automatically interact, the need for a common technology language not only becomes a priority, but a real necessity.

Within the AV industry, the last two decades have seen several media-centric protocols adopted, including AVB, CobraNet, and Dante. Fueled by both technological innovation and the changing expectations of today’s connected customers, there are those in the professional AV market that are now viewing AVB as the initial phase of game-changing networking revolutions, such as Time Sensitive Networking (TSN) for the Internet of Things (IoT).

TSN and New Opportunities for AV

The Institute of Electrical and Electronics Engineers (IEEE) created an ethernet study group to specifically address pro AV streaming, aptly named the AVB Task Group. At the end of 2012, the name was changed to the Time Sensitive Networking (TSN) Task Group, a name that more accurately reflects the expanded scope of the group’s focus.

At this time, a fourth industry was added—industrial control—to the original pro AV, consumer electronics, and automotive industries. Upon establishing that most AVB applications go beyond traditional AV uses to include the delivery of synchronized data and time-sensitive requirements, the IEEE renamed the AVB protocol to TSN. This update of the protocol and task group’s name better represents the true potential of TSN’s capabilities across all industries.

TSN also reflects the belief of forward thinkers within the AV industry that an open standard—when coupled with a third-party interoperability certification—provides the most promising vehicle for a long-term, universal language that can leverage the promise of IoT while embracing the needs of both customers and evolving IT infrastructures.

Largely considered as “IoT’s time-sensitive data protocol,” TSN will allow AV to immediately participate in this important revolution while addressing emerging opportunities, such as with the smart building movement. An additional point when dealing with the requirements and needs of an IT department is that an IT-focused standard is a much-welcomed tool for leveraging developments such as Energy Efficient Ethernet (IEEE standard 802.3az), which has become a critical element in green building construction by saving hundreds of millions of dollars per year in energy costs within U.S. facilities alone. When looking at the bigger picture, TSN is forecast to become the foundation of any network-based system, satisfying any media format—including audio, video, or the need to communicate control signal data in a deterministic, synchronous manner.

With companies such as Intel, Cisco, General Electric, and National Instruments actively pushing TSN forward, the protocol’s probability for widespread adoption seems more certain than ever. Increasingly, global companies are realizing that the open nature of TSN and lack of a licensing fee will help widespread applications push networks to the endpoints with incredible cost effectiveness. In fact, Cisco has proclaimed that there will be 50 billion devices online within five years, while Siemens goes even further, saying that “smart devices” have the power to create a fourth industrial revolution.

IoT’s immediate effect on the AV industry is the necessity for TSN switches. Big players, such as Cisco, are already pointing toward the new hardware, which is a positive development in the sense that additional switches may be produced in the very near future. A second key development will be the requirement for smaller endpoints for TSN adopters—bringing lower-cost endpoints to the AV marketplace faster than ever before. The AV industry can also look forward to the likelihood of entirely new protocol-based technologies, creating welcomed benefits, such as larger channel counts and the reduction of latency across communication systems.

IoT for Pro AV and Integrators

As different systems and technologies continue to converge onto IT architectures, an open standard allows for various manufacturers to build and interconnect their products, creating an entirely new landscape for our industry. AV-based conferencing installations need to span entire campuses or multi-floored facilities while technologies like room and environmental sensors will soon pick up temperature and other environmental changes and alert users via public address systems or through personal devices.

In each case, the devices, systems, and components will demand a form of time-sensitive networking capabilities— ensuring that data is sent reliably to the right place, at the right time, without appreciable latency. For customers, this new model creates enormous efficiencies, management and monitoring simplicity, and cost reductions, cutting away at the number of systems required to create more universal networked installations.

The key takeaway for the AV community? Start considering solutions outside of the traditional realm of our industry, by keeping abreast of changes in other markets and being open to incorporating new innovations that merge with IT infrastructures. AV is on the cusp of something very exciting, and we all have the opportunity to participate in these changes that will enrich the way we design and deliver digital media for many years to come.