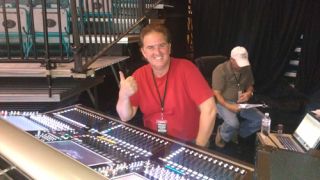 Andrew “Fletch” Fletcher has made a name for himself mixing music on hit TV shows such as “American Idol,” “The Voice” and award shows such as the Grammy’s and the MTV Music Awards. For the second year in a row, Fletch handled music mixes for the 2012 Billboard Music Awards and opted to test-drive his first DiGiCo console supplied by ATK, the show’s Audio provider.