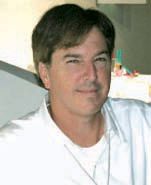 Picking the Best of an Ever-Evolving Crop

On the surface, they often seem to be, but there are both old and newer flat panel technologies out there now, and more coming in the future. But this special supplement on flat panels is not meant to be a roadmap for the future. The industry still needs to address today’s top issues: deciding between LCD and plasma and deciding between commercial- vs. consumer-grade flat panels. And I could not think of two professionals more able to tackle these issues than Alan and Jonathan Brawn. They have both been involved in this industry since before we called it “digital signage.” Of course, now with their DSEG (Digital Signage Experts Group) education, training, and certification initiatives, both Alan and Jonathan Brawn are again at the forefront of the industry.

In the advertising/DOOH arena, as the huge Out-of-Home media placement companies such as JC Decaux, CBS Outdoor, and ClearChannel continue to migrate some customers to a digital signage platform, many challenges remain. The marketing challenges to this migration are daunting enough, and are the subject of much of our coverage in Digital Signage Magazine. While we address those challenges, it seems it’s never too soon to revisit again the constantly evolving world of the digital flat panel — that mainstay of digital signage — that still offers the best platform for the rapid expansion of the market through the picking of low-hanging fruit.