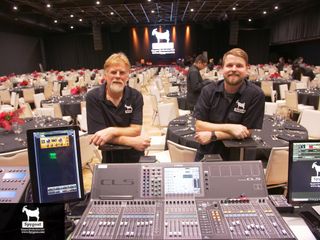 Almost two decades after the building closed, downtown Dallas landmark, the Statler Hotel, is back in business. Developers spent three years and $230 million saving the building, which has been turned into a luxury Hilton Curio Hotel, part of the Waldorf Astoria Collection.

One of Dallas' grand mid-century buildings, the 19-story hotel that once entertained movie stars and presidents had fallen on hard times when it closed in 2001. The property made the preservationists' list of the most endangered landmarks in Dallas. In 2014, Centurion American Development Group bought the Statler and, backed with almost $50 million in financial incentives from the city, began the renovation.

The three day celebration included performances by The Rat Pack Is Back cover band on the first night, jazz musician Morganne Picard on night two, and ending with a special performance by crooner Tony Bennett on the third night. Bennett performed at the Statler when it initially opened 30 years ago.

“The NEXO GEO S1210 and the Yamaha CL5 combination was a very good choice for this venue,” said Tom Young, front of house engineer/production manager for Bennett. “The sonic clarity and coverage was excellent for our show. The room didn’t have a lot of flexibility in hanging points for the main L/R arrays, so the GEO S12 was hung (it seemed) about 8 feet in front of the stage. However, the PS front and side fills worked well to fill in that area where the main arrays couldn’t cover. Spygoat did a good job in set up; the arrays sounded seamless.”

Spygoat recommended the NEXO GEO S1210 rig to the hotel for the festivities. “This was the second time we rented the NEXO system to the Statler,” said Justin Reed, owner of Spygoat Productions. “The first time was a demo of sorts “soundcheck” to prove that what they had in-house wouldn’t suffice for touring bands that will be coming through. Ever since we invested in a pair of NEXO PS-5s and LS1200s, our repeat customer and referrals almost doubled in the first year. Using NEXO products is a no brainer for us.”

Spygoat is the process of securing a NEXO STM or similar GEO S1210 for the hotel.