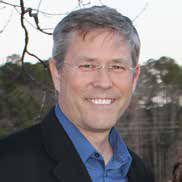 Digital signage networking technology continues to evolve and improve year after year. While there is not an accepted technology law that drives networking (like Moore’s Law for semiconductors), it is widely understood that bandwidth doubles every 12 to 18 months and the value of a network grows exponentially with the number of devices connected.

Digital signage was part of the internet of things (IoT) before the term was widely used. Indeed, digital signage is a “thing” that is connected to the network and either driven locally or remotely. But over the past ten years, the wireless technology for connecting digital signs has significantly improved. And we’ve overcome issues regarding quality, reliability, and security—issues integrators have had in the past, especially regarding streaming video. How have these issues and others been addressed through various technological improvements?

Many of us remember when email and the internet ran just fine over 56 Kbps dial-up modems, but as the internet became more graphics-based, the demand for high-speed networking technologies increased. The signage industry has gone through a similar evolution demanding higher network bandwidths. As a designer of one of the industry’s first wireless HDMI products, I am intimately acquainted with the image and video quality issues that the industry struggled with.

Ten years ago, the fastest you could reliably push video across a wireless network was 10 Mbps. This speed, combined with less efficient video compression technology, often limited the image quality to less than acceptable standards. Challenging the networking technology industry over the past few years, we have seen increases in video resolutions from 640x480 to now 3840x2160 (4K) and higher frame rates from 30 fps to over 240 fps. Every increase in frame rate and resolution drives a need for higher networking bandwidth. Both the wired and wireless industries have responded with technologies that offer more bandwidth. Wireless networks can now deliver over 100 times more bandwidth than they did just ten years ago. IEEE 802.11ac technologies are now delivering over 1.3 Gbps of over-theair bandwidth, allowing today’s wireless technologies to overcome past video quality issues.

Digital signage continues to evolve as wireless networks grow and speed up. Wireless network reliability has always been a concern of many systems integrators. Many of these fears are founded in everyday experiences with our own wirelessly connected devices. But industrial and commercial wireless networks are designed differently than common cell phone or Wi-Fi networks. Mobile device networks are built on the basic premise that devices, like cell phones and laptops, will be coming and going from the network. Wireless digital signage networks can be constructed in a different way because the system is commonly a fixed network. Having a fixed and defined set of network devices allows for different networking protocols to be utilized, ensuring much higher network reliability. In many ways, a wireless time division multiple access (TDMA)-based network with specialized error correction can be more reliable and consistent than a wired “dynamic” network. Technological innovation in the areas of networking protocols and error correction has also greatly increased the reliability of wireless networking for the digital signage industry.

Wireless networking security is one of the biggest areas of concern. Encryption technologies and network segmentation techniques have come a long way in addressing this issue. Here too, it is important to understand that there is a difference between “commercial/industrial ” wireless networking and common consumer networking devices and systems. Just a few years ago, wired equivalent privacy (WEP ) was the state of the art in wireless networking encryption technology. Today, 256-bit advanced encryption standard (AES ) technology is being utilized to scramble not only the data but also the connection certificates and network handshaking. The need to protect private electronic information is driving significant technological advancements in cyber security that has carried over into the wireless networking market, making today’s wireless commercial digital signage networks extremely secure. Additional techniques using network segmentation—both physically, through use of different wireless frequencies, and digitally, through specific network routing—can add additional layers of security to digital signage networks. Network segmentation to control access and improve network performance is an excellent way to enhance any wireless digital signage network.

Matt Nelson is CEO of AvaLAN Wireless. He brings over 20 years of wireless technology business experience. He has proven management skills with multiple fortune 500 companies. At his previous position, he introduced a number of wireless industry first-tomarket products and was responsible for marketing, strategic planning, and strategic partnerships. He has successfully launched several revolutionary wireless products for Avocent, Motorola, and 3COM. He holds a patent in wireless computing, a bachelor’s degree in computer information systems and an MBA from Regis University in Colorado.