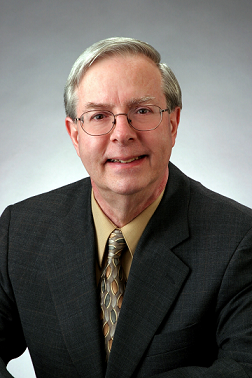 Twenty years ago, Santo (Sandy) LaMantia was just happy to be vice president of engineering. A musician for most of his life, LaMantia was well-versed in the product line at Shure, so when the opportunity to join the engineering department came up, it was an easy decision.

Three months into LaMantia’s new position, the company’s founder Sidney N. Shure passed away at the age of 93. Mr. Shure’s wife, Rose, took over the role of chairwoman of the Board of Directors, and shortly after, the president at the time decided to retire, leaving Rose with the task of finding a replacement. So she called LaMantia.

“I was just thrilled to be VP of engineering. It was totally unexpected when Mrs. Shure called me—I thought she was firing me. I couldn’t think of any other reason why she would want to meet with me,” LaMantia recalled.

Instead, she offered LaMantia the position of president and CEO, a role that after 20 years, LaMantia will step down from to start the next chapter in his career—a well-earned retirement.

“Back then, Shure was always recognized as a ‘fast follower,’ meaning someone would come out with some product innovation, and Shure would make its own version, but better,” LaMantia said. “That was driving me crazy, so one of my goals when I started as president and CEO was to make Shure a leader in the market and in technologies.”

Shure, which specializes in high end wired and wireless microphone systems, was producing one to two new products each year when LaMantia took over as president. With his leadership, he was able to expand this research and development of new products to as many as 30 a year.

“That’s the life blood of this company—technical innovation,” he said.

LaMantia credits Rose Shure for much of his success in the industry as well. Beyond asking LaMantia to run the company, Shure was an important resource for LaMantia, helping him navigate the role and grow the company.

“She put so much trust in me when I was an unknown entity, and was there for me as I stumbled along. She was always there, offering me advice. I couldn’t ask for a better mentor,” he said.

Sandy Lamantia will retire as president and CEO of Shure in July 2016.As LaMantia prepares himself for retirement, he’s now in the advisor position. In July 2016, Christine (Chris) Schyvinck, executive vice president of global operations, marketing, and sales and COO at Shure, will take over as president and CEO.

“I’ve had the luxury of grooming Schyvinck as my successor for the last 15 years. Now she’s ready to go—she’s a terrific employee, smart, and I feel fortunate that I can walk away knowing the Company is in great hands,” LaMantia said.

LaMantia also had some advice for those younger generations in the AV world. “You have to be completely ready for change,” he said. “The needs of markets and customers are constantly changing. You need to spend more time with your customers, and always be open to embracing new ideas and technologies.”