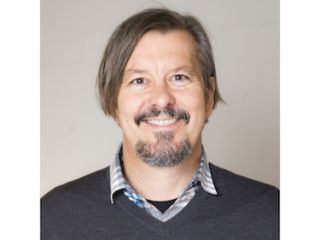 Continuing the expansion of its North American team, Riedel Communications has appointed Rhett Frazier to oversee business development for the Western U.S. Frazier joins the company with nearly a decade of experience in broadcast- and media-focused sales, account management, solution design, and business strategy and development.

"Rhett has a proven track record in relationship-building, as well as excellent client and project management skills," said Patti Gunnell, Riedel's vice president of sales for the Western U.S. "I am confident that he will excel in leveraging consultative selling and business development efforts to extend the reach and adoption of Riedel's far-reaching networking solutions."

Frazier joins Riedel having most recently served as strategic account manager at Key Code Media, where he not only developed content monetization strategies for high-profile accounts, but also crafted video content solutions around UHD and 4K workflows in order to increase customers' profitability and brand exposure. In an earlier role as director of business development at Cineverse, Frazier contributed to the significant growth of the digital cinema rental division; cultivated and maintained relationships with top network and broadcast executives, producers, and cinematographers; and supported multiple Academy Award, Emmy, DGI, and ASC award winners in achieving their artistic vision.

As national business development manager at Bexel Broadcast Services, Frazier provided strategic leadership; developed strategic partnerships and high-level collaborations across areas including broadcast production, web-based streaming, and social networking; and pioneered the deployment of broadcast production tools for "extreme" sports events. Previous roles include vice president of sales at HomeRun Media, where he spearheaded growth areas of file transfer and file acceleration technologies over IP, and a position in sales and market development for the Western region at Bexel, where he was the top sales representative nationwide.

Frazier is based in Burbank, CA, and reports directly to Gunnell.