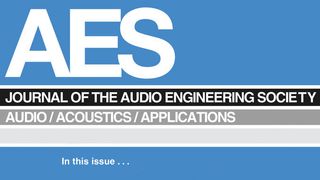 Listeners can hear a difference between standard audio and better-than-CD quality, known as high-resolution audio, according to a new study published in the June issue of the Journal of the Audio Engineering Society (JAES) by Dr. Joshua Reiss of the Centre for Digital Music, Queen Mary University of London (QMUL).

The meta-study compared data from 18 studies involving 450 participants listening to samples of music in different formats. In total, the studies involved more than 12,000 different trials where participants were asked to discriminate between formats. Overall, listeners could distinguish between the formats, especially if they had been trained to hear a difference. This is the first time that formal meta-analysis techniques have been applied to audio engineering research.

In addition to training, the research suggested that careful selection of stimuli, including use of long duration samples, may play an important role in the ability to discriminate. Studies that did not show an ability to discriminate were generally more prone to biases or flaws in their design. Reiss concluded that “the perceived fidelity of an audio recording and playback chain is affected by operating at a resolution higher than the CD standard.”

“Audio purists and industry should welcome these findings,” said Reiss. “Our study finds high-resolution audio has a small but important advantage in its quality of reproduction over standard audio content. Trained listeners could distinguish between the two formats around 60 percent of the time.

“One motivation for this research was that people in the audio community endlessly discuss whether the use of high-resolution formats and equipment really makes a difference. Conventional wisdom states that CD quality should be sufficient to capture everything we hear, yet anecdotes abound where individuals claim that hi-res content sounds crisper, or more intense. And people often cherry-pick their favorite study to support whichever side they’re on.

“We gathered 80 publications in the field, and analyzed all available data, even asking authors of earlier studies for their original reports from old filing cabinets. We subjected the data to many forms of analysis. The effect was clear, and there were some indicators as to what conditions demonstrate it most effectively. Hopefully, we can now move forward toward identifying how and why we perceive these differences, and better experimental design.”

When asked about the type of content for which high-resolution recording and playback most made a difference, Dr. Reiss responded, “The jury is still out. The studies that most showed an effect mainly used jazz and classical music, but this wasn’t exclusive. We looked at lots of factors like choice of content and equipment. Results suggested that listeners often needed to listen to each sample for more than 30 seconds, but possible factors were mostly overshadowed by training test subjects in critical listening skills specific to the test, and in general, good experimental design.”

The Journal of the Audio Engineering Society features peer-reviewed papers reporting research in the audio arts and sciences, along with Section and AES event coverage. Full JAES access is a member-benefit. As an Open Access document, Dr. Reiss’ research can be freely downloaded here.