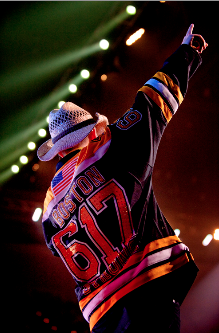 Proceeds from the benefit concert went to One Fund Boston, the compensation fund established to help bombing victims by Gov. Deval Patrick and Mayor Thomas Menino.

ECLPS’ Robert Morrissey worked with lighting designer Butch Allen to build a rig around the company’s inventory of fixtures. He also quickly worked out a deal with Brian Dowd of A.C.T Lighting to take speedy delivery of additional grandMA2 full-size and grandMA2 light consoles, boosting the ECLPS roster.