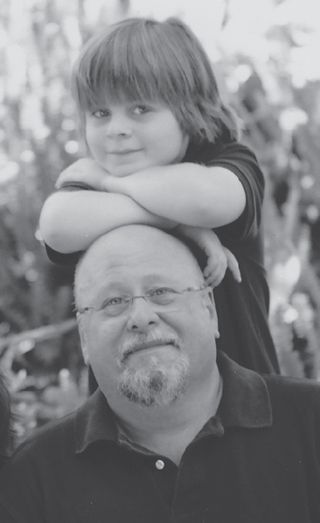 Sam Berkow, here with his son Kayden, divides his time between SIA locales in Los Angeles, New York, and Mumbai, and his musical genres between classical, rock, and jazz.He flies on airplanes and sells fiberglass for a living

That’s how Sam Berkow likes to describe himself. The more formal attribution is that he’s an acoustical designer/consultant for concert halls and recording studios, easily splitting his focus between them. At 50, he is the principal/founding partner of SIA Acoustics, and the much-lauded inventor of SIA-Smaart software.

A man made for this century, Berkow divides his time between SIA locales in Los Angeles, New York, and Mumbai, and his musical genres between classical, rock, and jazz.

“I started mixing when I was in high school and then college. I wanted to make goodsounding rooms,” he said, “and I got a master’s degree in engineering from the Stevens Institute of Technology.”

Berkow joined the industry ranks under the guidance of Artec’s late founder, Russell Johnson, and then moved to Dallas for a stint at the Joiner-Rose Group before returning to New York where he dove into software development.

He was lucky, he said, to have met certain mentors early on in his career, including the late Grateful Dead engineer, Don Pearson, and Pavarotti sound designer Alexander “Thorny” Yuill-Thornton II with whom he developed SIA Software.

“This gave me the chance to work with people who do shows and have a practical set of needs,” Berkow said. “They’re not working in academics, but are facing real-world challenges. Meeting them, coupled with my understanding of acoustics from Russell Johnson, gave me insight into how to optimize a sound system and to be focused on making measurements correlating to what we really hear.”

His work for Jazz at Lincoln Center has kept him on the international tarmac. JALC Doha, at The St. Regis Doha, marks the first in a global brand led by Wynton Marsalis, with acoustics designed by SIA.

“Wynton is a person with a musical vision not just for himself but for everyone around him,” Berkow said. “He believes we should all strive for excellence. His focus and work ethic inspires me.”

On a more local note, SIA also took the reins for restaurateur Danny Meyer’s Jazz Standard Club in New York. “It’s not the fanciest room, but the music, food, ambiance and sound are great because he demands it,” Berkow said. “I really love great music and I don’t care what style it is as long as it’s performed well with style and emotion; that’s what excites me. When you take the time to go to a performance and it’s just not enveloped by great sound, why bother going?”

Berkow has been through the whole construction process enough to be able to guide the conversation with the architects,
structural engineers, mechanical engineers, and contractors.Recently, SIA completed a project for the independent, 750-seat SFJAZZ (San Francisco) opening this month. The design incorporates leading-edge acoustical technique and innovative noise control.

“The challenge for me is being able to bring all the tools and match them with acoustical and system design,” Berkow said, “It helps me to prioritize what’s really important. I demand focus, honesty, and hard work from my team. We spend a lot of time telling the team that it’s ok to say they don’t know something. I don’t know a lot about what happens with amps; I know about digital signal processing and construction techniques. What’s important is being able to look at the big picture.”

SIA doesn’t turn down projects based on budget. “When we have a client who wants design help we spend a tremendous amount of time on what they want,” Berkow said. “They’re interviewing you and you’re interviewing them to see if their vision has a relationship to reality. You have to help them prioritize. People building music venues are often tied emotionally to those venues. We have to find ways to support their efforts and be part of the solution.”

A recent design for the new eTown Hall in Boulder, in a renovated church, proved to be one of the more rewarding projects in Berkow’s portfolio. eTown is a weekly, coastto- coast radio show mixing conversation with live performances from top performers.

Not only does Berkow know his audio stuff, but he’s been through the whole construction process enough to be able to guide the conversation with the architects, structural engineers, mechanical engineers, and contractors, says eTown founder/host Nick Forster. “He became a champion and defender of eTown Hall and literally ensured that we didn’t screw it up.”

Perhaps no one enjoys the design/ construction process and subsequently listening to music in the rooms he designs more than Berkow. “I’ve done sessions as a producer and engineer in studios I’ve built, and I frequently attend performances in concert halls I’ve built. The satisfaction comes from both designing and listening. They’re two sides of a really fun coin.”

Karen Mitchell is a freelance writer living in Boulder, CO.