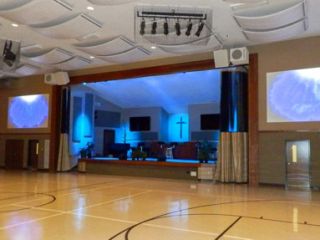 There’s no better place than the InfoComm Show to have face-to-face and lean way-in conversations with individuals from different backgrounds and disciplines. From AV and IT technology and project managers, to AV and IT consultants, designers and integrators, to product engineers and managers, PR folks to company presidents, there was a common theme of “change.” Perspectives varied. Opinions were fierce.

“Nothing wowed me at the show this year, but the show was amazing,” seemed to be a common sentiment, following InfoComm 2015. I have to admit this stunned me, especially in light of the sea change going on in the AV industry. If a manufacturer doesn’t roll out “the World’s first and largest,” or a higher than the human eye can detect resolution display, a new format war isn’t on the horizon, or a shiny, spinning object isn’t displayed (oh yes, drones were an attraction this year), then the masses walk away not being wowed. If you are among them, I ask, “Are you worried about your job?”

Yes, InfoComm 2015 was amazing. The largest to date, with 39,105 attendees and 515,000 square feet of exhibit and event space. As usual, the whole InfoComm team put on an outstanding show. However, I would suggest to those whom were not “wowed” that maybe they should have been spending their time in the days leading up to the show as well as during the show in some of the myriad education and training sessions. The devil does not hide in the details; it’s the details you don’t know.

As is the journalist code, I am not sharing my sources. Here is a sample of definitively spoken opinions that were shared with me as well as overheard in broader conversations. Some are direct quotes, and others I am paraphrasing and recalling more recent conversations, but I assure you that the sentiments are accurate.

Projectors vs. Flat Panels in Classrooms and Conference Rooms

End-User: “With the price of lampless projectors coming down, we won’t be ordering any more flat-panel displays for the classroom or conference rooms. We can mount the projectors and forget them for 30 years.”

End-User: “We’ve spent a lot of money on technology that doesn’t get used. We have to listen to how people want to work, present, and collaborate. A combination of chalkboards, interactive whiteboard technologies, and projectors can all make sense in the same room.” [Editor's note—yes, he said chalkboards.]

End-User: “I am not reporting into the IT department. They don’t know anything about AV.”

End-User: “AV is never going on my network. The AV guys don’t know anything about the network or security on the network.”

End-User: “The AV department got merged into our Information Technology Services department a few years ago. I now sit at the table with the heads of the network, security and user support groups (among others), so there is forum for discussing AV’s particular needs and how to fit them into a wider campus strategy."

Some from Each Group: HDBaseT is the only way to go. It is a simple and existing solution.

Some from Each Group: AV over IP is the only “future” solution.

End-User: “I don’t know what will win out in the next few years, HDBaseT and technologies based on the Valens chip, IPBaseT, or some standard we haven’t seen yet running on AVB/TSN, but I’m pretty sure it will end up running over twisted pair, so I’m installing the best twisted pair cable I can buy whenever we do any work.”

End-User: “Collaborative technology supporting wireless connectivity isn’t necessarily new at InfoComm this year but this was certainly the year where everyone stepped up their game. The newer products support higher resolutions including 4K, faster frame rates for high quality video playback, a cleaner GUI interface that can be re-branded by the institution, and finally implements standards based security features sure to make the IT department more likely to let these AV appliances on their networks.”

End-User: “From an audio perspective, AVB network topology really seems to have lost ground this year with Dante being the big winner. Dante was everywhere! If your product wasn’t supporting Dante it almost felt like it wasn’t worth looking at.”

End-User: “Interoperability had manufacturers positioning their products as both additive and cost effective solutions compared to limitations in their competitors product offerings in a way that I have not heard before at the show.”

Integrator: “The manufacturers aren’t supporting us when they release add-on products that an end-user can install, stand alone room solutions, or control systems that don’t need programming.”

I talked with many forward-thinking attendees who were on a mission with a shopping list in hand, and a full schedule of training and education sessions. They weren’t looking for the next big thing, they were looking to see which companies had evolved existing product lines to support current needs, adding new products to ensure sustainability, and talk with engineers about what might be in the pipeline to plan for the future. One end-user noted, “It has been encouraging to see manufacturers provide more robust product warranties and offer incentives such as advanced replacement services.”

A “wow” from the far corner: I made a commitment to see a particular new product. Just before the Day 2 show ended on Thursday, I made my way to the second-to-the-last booth in the far left corner, on the right side of the show floor. The booth was a small, and had what looked like an ordinary PTZ camera, a small display and three company representatives. You know the look of these booths. I was weary and hoping my eyes weren’t going to noticeably glaze-over. But then I met Terry Cullen, inventor, founder and President of 1 Beyond. I don’t think I’ve ever met someone so excited to tell me about his product. This product was anything but ordinary. Cullen had engineered something that was innovative, affordable, and solved several problems with the 1 Beyond StreamCam AutoTracker.

Don’t just look for the shiny big objects, and the next big thing in the big splashy booths. Check out the 10x10s that don’t yet have the budget to be at the front of the hall or wow you with flashing lights.