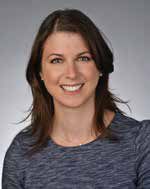 Lindsey M. Adler There are major shifts at work in the universe as I write this: the trifecta of a solar eclipse, perigee moon, and the vernal equinox. These will not align again until 2034, and then next in 2053 and 2072. The moon’s pull on the earth is literally at its strongest, which must have been what had me awake at 4 a.m. in anticipation of this most rare of celestial events.

The livestream was admittedly a bit disappointing, but it still felt worthwhile to be up and partaking in the experience, however lackluster it looked. What’s really unique about this type of special event to me is not so much what we see, but the way the subtle movements of the earth’s atmosphere can effect change upon us.

Historically, different cultures developed fascinating beliefs and rituals surrounding a solar eclipse. Some of the more interesting ones that I’ve read include the sun being attacked by a dragon or a werewolf or a jaguar—and even a giant turtle—varying by cultural region of course. Traditional drum beating ceremonies were planned to “scare” the culprit away. Tahitian culture took a romantic view on this special relationship between sun and moon. These occurrences were looked at as transformational times for release, and people partook in meditation and inward focuses.

The spring equinox has a widespread connotation with change, rebirth, and new opportunities. The concurrence of these with a so-called supermoon, when the moon is at its closest point to the earth, appearing about 15 percent larger than usual, is said to strengthen the energetic forces at work.

Setting aside any specific scientific research to support these ideas, for many of us, a willful suspension of reality is necessary; I think there are important lessons to consider. I’m looking at today not just as the beginning of a highly anticipated spring season, but I’m exploring what to embark on next. What if this is a launch point for everything that happens to me the rest of the year? I need to be prepared for the things that I can’t control, and ready to react effectively to what might be thrown my way. I’m also thinking about what there is in my life that I’m better off without, as well as what kind of new projects I might want to pursue.

Take a cue from the larger world around you, and think about your goals for the rest of the year and what types of roadblocks you need to work around. Look to anticipate the good and bad that will inevitably alter your course. How is the universe aligning for you?