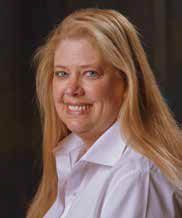 Name: Malissa Dillman
Title: Director of Education and Training
Company: Kramer Electronics
Overtime: Dillman was one of the first four women to acquire both the CTS-D and CTS-I certifications.

It’s this field experience that Dillman attributes to her success as a trainer: she’s been there, and she feels your pain. “In my classes, my favorite thing is waiting for the ‘a-ha!’ moment,” she said. One of the most rewarding outcomes of teaching people, she says, is knowing when you’ve made a difference. “That’s the part I enjoy most: I made a difference to that guy. I made a difference to his crew, who is still out there scratching their heads, or their client is becoming unglued because something’s not working, and now he knows how to fix it. There’s not a better feeling than to know that you just made that impact.”

Having begun at ground level, Dillman moved on to own and operate her own AV firm. She’s worked in sales, holding regional positions at both the dealer and manufacturer levels, before joining signal management products developer Kramer Electronics USA Inc. as training and education manager—a title that has now evolved into director of education and training. Along the way, she was one of the first of four women to acquire both CTS-D and CTS-I certifications.

Lately, Dillman’s training courses have focused on digital technologies, especially EDID, HDMI, and HDCP. This year, she’ll be covering a couple of her “hot buttons,” namely 4K. “I think we will have 4K for a minute, but 8K and 16K are not far away,” she said. “The reason those are hot buttons is partially because of the bandwidth requirements, and partially because of a lack of understanding of bandwidth.” For those who debate the plausibility of 4K, she reminds us that in the consumer world, the price of 4K displays continues to drop, which will drive the client’s demand for 4K in the enterprise. “They’re going to want it, and it’s going to bring new challenges.”

So, too, will HDCP 2.2—another training “hot button” for Dillman. “The fact that it is not backwards-compatible is going to be a real game changer,” she said. How are integrators going to tell their clients that compliancy requires an entire system overhaul? “I’m not saying I have a solution, because I don’t. I am 100 percent sure that someone will come up with a solution because I can’t imagine that we’ll ever be able to tell people we’re going to have to rip out their entire systems just to be compliant. There will be a solution, but you need to be prepared for it.” Along the same lines, she believes that offering training around net neutrality is valuable because she’s not convinced that the industry is fully aware of the influence recent developments in this area will have on the way AV integrators earn a living.

While she is proud to be one of the first women to obtain CTS-D and CTS-I credentials, and to be a recipient of InfoComm’s Women in AV Award, Dillman would like for gender to not be a defining factor in someone’s value—especially when it comes to women. “I certainly think we need to attract women to this industry, but I look forward to the day when it doesn’t matter, when you’re looked at as a valuable employee, and it doesn’t have to be signified,” she said. This is one of the reasons she’s proudest of receiving the InfoComm Educator of the Year Award, because it’s not gender-specific (although she is the first woman to receive it). She notes that there are a number of business owners—both men and women—who understand that women bring a lot of value to the table. However, to attract young women to AV, there is still some work to be done. “I think when pay becomes more equalized, that’s something that will encourage more women to come into this industry. But there are plenty of guys that support us—especially those older guys who taught us. I think it’s starting to change.”