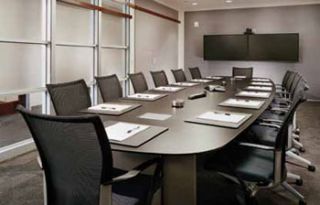 COMPANY: Advanced AV
HEADQUARTERS: West Chester, PA
BIG PICTURE: The company offers a process and the staffing to accomplish a conceptual idea all the way through to the end.

Mirroring national trends, 2010 was a year of strengthening recovery for Advanced AV. Economic indicators and anecdotal evidence, say its principals, point to a return to pre-recession form, both for Advanced AV and the overall industry.

“At the end of 2009 we straightened up a bit,” said company president Mike Boettcher. “That set us up for a very good 2010, and a good beginning to this year. Although it’s tough to anticipate what’s down the road, all indications so far are that things seem to be bouncing back. The activity is still high, and that’s a good sign.”

Advanced AV was recently honored with a DIGI Award for digital signage services provided to two locations of Swiss Farms, a regional grocer. Digital signage, predicts VP of marketing and sales John Greene, will continue to foster Advanced AV’s growth in 2011. “We’re also very intent on focusing on our service contracts and managed services offering,” he added. “We’ve had great success this past year in that. One of the service staffing opportunities that we were involved in brought us international exposure.”

Teleconferencing is increasingly in demand among Advanced AV’s clients, most of which are in the commercial and higher education fields.

Teleconferencing is increasingly in demand among Advanced AV’s clients, most of which are in the commercial and higher education fields. “It’s certainly being driven by Cisco’s influence,” said Boettcher, citing the networking giant’s recent acquisition of Norwegian videoconferencing company Tandberg, “and the effect that they’re having on the marketplace. We see Polycom making an effort there as well.

“We’ve seen a bit more activity in the videoconferencing realm in higher education—schools wanting to collaborate,” Boettcher added. “Maybe it’s a handful of schools getting together on a major research project, and wanting to find better ways to communicate.”

But as technology brings ever greater and further-reaching capabilities to users, an increased level of complexity is likely. This is where a specialized integrator of professional AV systems shines: Advanced AV’s comprehensive service and support becomes more essential as businesses and educational institutions incorporate new technology.

“Our strength,” said Greene, “is understanding a project’s requirements from the very beginning. Conceptual idea—the dreamand- hope vision—through to service and support of that final decision. We offer a process and the staffing to accomplish that conceptual idea all the way through to the end.

“Another measurement of our success has been support of technology,” he continued. “There’s a major investment in technology— teleconferencing being one of them—and putting it in front of clients where they need support, not only for setting up the meeting, but for operation of the hardware. These are becoming pertinent issues for us, and for the client as well. Their business is whatever it might be: if it’s pharma, their primary objective is making medicine. They don’t necessarily have the ability to hire the staff to hold the meeting.”

“A lot of that,” Boettcher observed, “has also been driven by the economy. Clients who once had a staff of four or five people that handled the AV in their facility, they’re one of the first groups to get cut. That’s given us a bit of a spark for that type of solution—an onsite managed-services deliverable.”