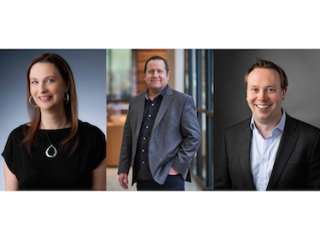 “We are celebrating Biamp’s 40th anniversary this year, and while we embrace our rich history, we remain laser-focused on the future,” said Steve Metzger, president and CEO at Biamp Systems. “These promotions and our new facility expansion are important steps in the growth of the organization and our commitment to delivering the great products and services our customers expect.”

As the company’s chief operating officer, Czyzewski will continue to strengthen Biamp’s operations, bringing over 15 years of executive leadership to the new position. Previously, he was a vice president and later as an executive vice president within the company. With this new promotion, Czyzewski will oversee all departments within the operation, with the exception of finance and corporate services, and he will report to the president and CEO. Executive vice president of marketing Graeme Harrison will continue to manage the sales, marketing, and product management teams, and will now report to Czyzewski.

Biamp has promoted Lyons to vice president of corporate services from her previous role as a director. She has been with the company for eight years, and in her new position will be responsible for overseeing Biamp’s human resources, legal, and facilities departments.

As Biamp’s sales development director for EMEA, Patterson leaves his position as regional manager of Western Europe where he served Biamp for a number of years in a sales capacity. In his new position, Patterson will focus on building the Biamp brand and expanding its presence across Europe and the Middle East.

The company has added a new facility to its Beaverton, Oregon, headquarters to accommodate growing product demand. The new facility houses Biamp’s manufacturing and customer service departments. With a long history of making its own products in Oregon, the additional building increases Biamp’s manufacturing capacity and continues its tradition of providing customers with highly reliable products.