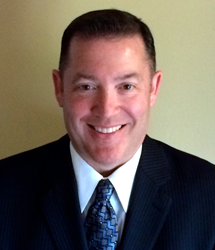 John Anderson, new Interim President of POPAI
In announcing the appointment of Mr. Anderson, Rich Carrigan, Chairman of POPAI’s Board of Directors, stated, “We’re pleased to bring John in as our Interim President. He has an outstanding reputation within the industry after a long career with BP Oil. John’s experience in serving on the POPAI Board provides him with the background necessary to keep advancing the positive momentum of the association.”

The appointment concludes a search, led by the officers of POPAI. The board wanted to appoint someone to ease the transition for the members and staff, and to provide adequate time for an appropriate search process to find the next full-time President.

John Anderson commented, “POPAI will continue to thrive with our strong membership base and the active participation of leaders of the marketing at retail industry. The association has made significant progress under Richard Winter’s leadership and I am delighted to continue to advance our aggressive agenda during this transition period.”

Outgoing President Richard Winter noted, “I am pleased to have John join the team and look forward to supporting him and POPAI as I transition to my new role with Premier.”