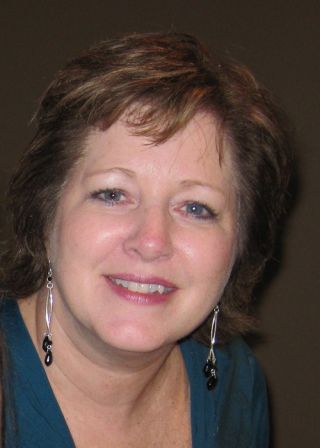 Public transit media in the U.S. is poised for a major audience measurement upgrade, with a soon-to-be launched ratings database that brings together accurate audience counts, eyes-on ratings and demographic targeting. Peoplecount, a supplier of out-of-home/DOOH audience measurement and research, was selected by the U.S. Federal Government's Transportation Research Board (TRB) to examine current audience measurement practices for static and digital media on public transport systems. After a two-year development, review and approval phase, the methodology report “Audience Measurement for Transit Advertising” was published (and is available at http://www.trb.org/TCRP/Blurbs/167719.aspx for download).

Kelly McGillivray, Peoplecount By agreement among public transit authorities and major transit media operators, the Traffic Audit Bureau is responsible for implementation and ongoing management. Ratings data from Top 10 markets are soon to be released (with other markets to follow), making transit ads accessible via standard media-buying software and directly comparable to both traditional outdoor and other media.

What Types of DOOH Media Are Being Measured?

The new metrics apply to static and digital advertising media within public transit systems, including:

• In-Station – in the concourse areas and on platforms of transit stations. There are numerous examples of digital media of various sizes operated by CBS Outdoor, Titan and Clear Channel, among others.

The Traffic Audit Bureau is continuing to approach digital and static transit media operators to solicit participation in this nationwide ratings system.

How Is this Different From the Past?

• Transit media is now an audited medium. While the term “audit” is often loosely applied to describe audience measurement offerings of private suppliers, it is the transparency and independent verification that propels this measurement system to a global standard.

• Transit media ratings are now Eyes On, meaning the probability of actual media notice is applied to the gross traffic count for each media type and size. Dubbed the VAI (Visibility Adjustment Index), these scores were derived from actual eye-tracking tests.

• Bus exteriors are particularly difficult to measure as both they and the audience are moving through the city. A solid measurement model developed by Peoplecount is based on actual bus schedules, local traffic counts and modeling of the viewability of each bus side independently. Technically, this was the most complex and difficult accomplishment of the new metric system.

• Although internal transit media enjoys the advantage of audience measurement through passenger counts or fare box analysis, the use of transit-system-supplied data has been tightened up to ensure direct “apples-to-apples” comparisons among the various transit systems and components.

Kelly McGillivray, President and Chief Methodologist of Peoplecount and the Project Director of the transit media measurement project, will be giving an update and presenting findings at the Digital Signage Expo 2013 in Las Vegas. Look for the “Advances in Metrics and Measurement” seminar on Thursday, February 28th.