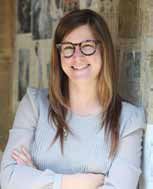 Kirsten Nelson The slow-motion ballet of a jet’s departure from an airport gate fairly screams metaphors to the travel weary audience that stares listlessly from above. A giant metal transport mechanism, tremendous engine turbines gently lolling in anticipation of propelling the multi-ton vessel skyward, sits and waits. And waits. For the arrival of a little, boxy, indestructible, rolling “tug” that will gently assist in the art of nudging the aircraft along in the one direction it really can’t handle in three-dimensional space: reverse.

Like all of nature’s greatest symbiotic relationships, this produces an amusing contrast of scale. The little birds that clean hippopotamus’ teeth and the barnacles that ride along with whales through the ocean are all about a partnership between unlikely friends, and the effect produces inspiring thoughts of cooperation. As such, even the giant metal bird with its little, muscle-bound assistant triggers a little bit of humor for those who pay attention.

But did you ever notice the even more minuscule partner that assists the tug in managing the airplane’s movement? The tug pulls up amidst the rushed departure of baggage carts and fuel trucks, and the driver hops down onto the tarmac. In his hand is what looks beguilingly to the AV observer like a quarter-inch jack attached to a really long cable.

After every other bit of land-based assistance is removed and nothing remains but jet and tug, the driver yanks the cable from the dash of his vehicle and elegantly wraps it around a few stabilizing objects along the hood, draws a little more cable length, and then opens a little compartment on the hull beneath the cockpit. He plugs in the cable and there is a dramatic pause while the tug driver runs back, jumps behind the wheel, and yanks on a pair of headphones with headset mic and starts the plane’s real departure.

Pushing the plane out into traffic, the tug guides the vessel gently and the audio cable droops precariously near the tarmac but never snares. Suddenly the transaction is complete and the audio connector is the very last earthly thing that is detached from the hull before the runway is sought.

It’s the communications connection through this little tiny jack and over the air from the control tower that help make it possible for planes to fly. Few would notice the significance of the humble audio connector’s progress through this giant transaction, but then again, few have the expertise that propels this industry to greater heights. Don’t keep that giant client waiting too long, but definitely let them know how vital your gear is to takeoff.