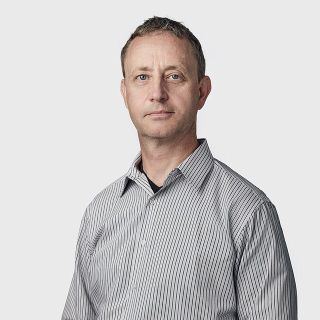 Jim Bowie
Each year the trade association representing the commercial AV industry worldwide recognizes outstanding AV professionals for their contributions, leadership and commitment to excellence. The Mackey Barron Distinguished Achievement Award is the highest honor bestowed upon an industry member by InfoComm International for a lifetime in pro AV.

Bowie will receive the award in a ceremony at InfoComm 2017’s Center Stage at the Orange County Convention Center on Wednesday, June 14 at 2 p.m.

“I’m honored to receive this recognition from InfoComm and grateful for the many outstanding people I’ve worked with over these past 30 years,” said Bowie. “As I end this chapter of my career, it’s gratifying to see InfoComm and Electrosonic bringing so many young people into this industry.”

In announcing the award InfoComm cited Bowie for a 30-year career in AV and his roles as a pioneering systems engineer and CEO of Electrosonic. Bowie has been active with InfoComm for years supporting training programs and the Certified Technology Specialist (CTS) program. Bowie launched an apprenticeship program at Electrosonic in 2009, which was recently rebranded as START (Systems Technology & Resource Training). The one-year paid training program, featuring rotations in each of Electrosonic’s core departments, is instrumental in introducing fresh talent to the company.

Bowie joined Electrosonic’s London headquarters as an engineer in 1987 and moved to the US in 1992 to open the company’s flagship Burbank office. He has been responsible for some of Electrosonic’s signature technical achievements in the theme park industry and led the company through years of profitability as President/CEO. Electrosonic celebrated an exceptional year in 2016, and the momentum continues in 2017 with expanded engineering and project management teams and infrastructure growth in Burbank and Orlando.