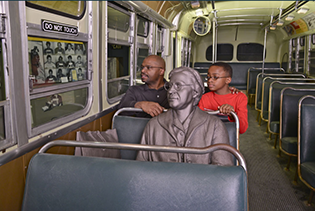 The National Civil Rights Museum in Memphis has reopened following a $27.5 million renovation that featured AV design, installation and programming by Electrosonic. Nearly 50 years after the passage of the landmark Civil Rights Act, the renovated museum is a celebration of old and new; the museum has retained the iconic Montgomery Bus, sit-in lunch counter, and Memphis sanitation truck, which are complemented by new spaces, films, and interactive audio and video exhibits installed by Electrosonic.

In one of the museum’s original exhibits, visitors can hear audio that’s triggered by entering the bus.