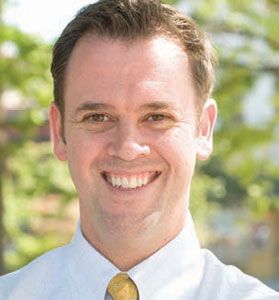 For this, my final GreenAV article for SCN, I went back and reread the 11 articles I have written for this column over the past three years. My first thought was, “Three years? Really? Wow, time flies.” Then, as I read on, I thought, “Dude, you were so young.” I wanted to go back to Scott circa 2007 and say, “Hang in there, kid. Nothing worthwhile comes easy, and this GreenAV thing is going to be a long, strange trip full of wrong turns and bad directions. I hope you filled up the tank before you left home.”

Way Back In 2007
When I started writing this column, Bush was still in office, the economy was (seemingly) on cruise control, and global climate change was among the top issues on people’s minds. A reasonable national plan for addressing energy independence/global warming seemed like it was just an election away. Likewise, it seemed entirely reasonable that the good folks at the USGBC would see that the goals of the Green Building Technology Alliance (InfoComm, BISCI, CABA, and TIA) aligned with theirs and would give us a little patch of green space within their vast LEED acreage from which we could cultivate our burgeoning green-tech community garden.

Sadly, none of this was to be. The economy went to crap in what seemed like an instant. Climate change legislation stalled as concerns about debt, insolvency, and unemployment dominated, with our leaders finding it hard to focus on a 50-year climate “crisis” on the horizon while a genuine 50-hour financial crisis was on the front doorstep.

Once More Unto The Breach
This edition of SCN is about trends for the coming year and not about reliving (or whining about) the past, so let me step out on that precipice once again to prognosticate about the future of sustainable technology. 2011 will see the launch of the Sustainable Technology Environments Program (STEP) Rating System. This is a big deal, and having presented STEP to more than a dozen groups over the past six months, I think this initiative has a chance to put green technology on the map at long last. The makers of technology products and their partners in design and integration are looking for a way to differentiate themselves in an increasingly commoditized landscape. Having a real sustainability plan with measureable results is what many technology firms, manufacturers, consultants, integrators, and programmers alike, are seeking.

As of press time, a broad range of technology trade associations, including Comp-TIA, TIA, BISCI, CABA, NSCA, and the Automation Federation have met with InfoComm regarding STEP, are favorably disposed to it, and are considering joining InfoComm to support, develop, and promote it. There’s a lot of heavy lifting ahead, but there is a palpable sense of energy around STEP to move the rating system forward.

In early 2011 InfoComm intends to launch STEP for AV in a pilot/beta phase where green-minded owners and their AV partners can begin to track the sustainable aspects of their technology deployments within the STEP framework. We will, no doubt, course-correct as we learn from these early projects and improve STEP along the way. We also anticipate several of our technology trade peers enlisting their subject-matter experts to flesh out STEP for their industries. It will be interesting to see how STEP is adapted for something like automation of a pharmaceutical plant, deployment of a hospital security system deployment, or design of a data center.

I anticipate that the number of projects following STEP will be slow at first, like it was with LEED, counted in the tens, not hundreds, initially. Hopefully, within two or three years that adoption rate will jump as companies live through their first STEP project. With a little luck and a favorable wind at our backs, we could see a hockey-stick adoption curve within the first five to seven years. It took LEED nearly that long to permeate through the building design and construction industry to become the de facto standard. I expect to have a similar if not longer slog with STEP.

SCN would like to wish Scott Walker well in his new endeavors. Now, we welcome new GreenAV columnist Brian Huff, CTS-D, LEED AP, supervisory consultant for Acentech, who has been tasked with bringing a real-world approach to GreenAV on the InfoComm STEP committee. His first column, in January 2011, will ask “GreenAV: What’s In It For Me?”