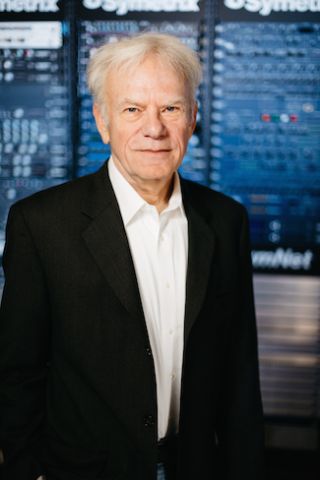 The spark of curiosity can ignite the brightest of fires. For Dane Butcher, a musician by training, it started with some home-built equipment in the recording studio where he was working in San Francisco.

At the time, Butcher was plying his trade as a recording engineer with some of the biggest names in jazz fusion, including Herbie Hancock and Taj Mahal. But working with the studio’s hand-made console and equipment piqued an interest in electronics, and the desire to find better ways to make recording components. He began taking math courses and allying himself with people more knowledgeable than he in electronics, and before long, he had created his first device: a nine-band graphic equalizer. A year or so later, in 1976, he launched Symetrix.

“I can’t really say I launched a brand, because I certainly didn’t have any concept of what a ‘brand’ was,” Butcher said. “We got a few sidekicks in a little loft in downtown Seattle in the Belltown District, and we knocked off a few of these things and started selling them.” Other early products engineered by Butcher and sold under the Symetrix name were a headphone amplifier and a compressor/limiter—tools for recording studios, because as he admitted, “The studio space was all I knew.”

Butcher was always open to exploring new horizons, and his company’s first big break came from a demand in the broadcast industry. At the suggestion of a friend, he developed one of the first commercially successful interfaces for connecting telephones to broadcast consoles, a product that found success with radio talk shows.

Ever the enterprising innovator, Butcher continued to survey the technological landscape for other challenges on which he could capitalize, eventually leading him into the market with which Symetrix is now synonymous: installed sound. The product was an intelligent ambient controlled amplifier, a device used to differentiate between ambient noise and audio signals for paging systems. By fitting a microprocessor to this device, Butcher developed a product—which he called a SPL computer—that far exceeded the performance of anything else on the market, and it didn’t take long for big companies to notice: CNN began installing them in airport terminals across the country to help push advertising.

“With every company I’m sure, there’s a list of the things you did wrong and the things you did right,” Butcher said. “In the success column have always been the products that are differentiated, that are innovative, and quite frankly, from a business point of view, are risky. You don’t know if you’re going to make it or not.” Such was the backdrop of the company’s decision to put its stake in the Dante platform in 2008, while its creators, Audinate, were still a start-up business. “That really got the ball rolling for us in solidifying a place for us in the future of installed sound.”

In 2012, Butcher stepped down from the role of CEO (although it’s still on his business card, he said) and serves as the company’s chairman, with his only responsibility being product development, the pursuit he enjoys the most. And although he’s relishing having more time on his hands for his hobbies, like playing guitar and piano, he believes he’ll be active with the company for the foreseeable future. “I’ll just say that when the ideas stop coming—when I stop waking up in the middle of the night with new ideas—then I’m out,” Butcher said. “But that hasn’t happened yet.”