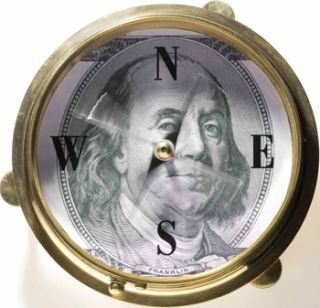 Focus Your Business for Profit in 2012

There was much talk of an economic ‘comeback’ during the first few months of 2011, but as the year moved on, holding steady was the best that many businesses could hope for. That said, there remain a number of promising opportunities for systems contractors, provided that they’re willing to position themselves to benefit from them.

Chuck Wilson, executive director of the National Systems Contractors Association (NSCA), noted that because all indicators show that new construction starts will remain flat for the coming year, systems integration firms need to concentrate on what they do best. He underlined that this climate also calls for contractors to pay close attention to profitability: “Truly chase the work that you know you can make money doing, and look at profit as more of a business indicator than total revenues,” he said, adding that what got a lot of companies into trouble was that when the crisis hit, they bid jobs at cost just to keep their businesses going—a tactic that resulted in lost revenues. “They thought that they could keep their people employed by doing jobs at cost, but what they failed to realize was that they were just putting off the inevitable. Without profitability, you can’t keep people working anyway.”

While this ‘new economy’ has made it more difficult for businesses across the board, Wilson believes that systems contractors are in a unique position to benefit from what technology offers their clients. He cited the healthcare and education markets as key growth areas for digital signage, mass notification, and emergency evacuation systems. “There is still very much a concern in this country to create a safe environment for students, customers, and employees,” he said. “The whole thing is driving towards a safer environment, and the deployment of more IT-based solutions into security and life safety systems.” The opportunity for systems contractors to integrate with the enterprise network is larger than ever before.

HDBaseT, too, is an area that Wilson believes will rapidly offer systems contractors some growth potential. “HDBaseT is an embedded technology for now, but I think it could be a commercial version replacement for HDMI, for getting high definition distributed at longer distances,” he said. Wilson foresees the day when HDBaseT will provide enough power down the ethernet, while at the same time, video displays will require less power to operate. “There is going to be a day when we won’t even need to plug those devices into electrical power; everything going to the display could be run down the ethernet, and I think that day will arrive very soon.”

Jonathan Stroum, CEO of Pacific Interactive in Seattle, WA—which is projecting a positive outcome for 2012— noted that as companies start to recover from the crash, they are mandating more effective presentation and communications systems for their facilities. “Corporations that were not doing particularly well, and that had to let staff go, have turned around,” he said. “They need to get more efficient, and technology is one of the tools they use to do that.” Instead of investing in more people, these organizations are spending on technology that will make their existing teams and infrastructures more efficient.

This is has resulted in an increased adoption of cloudbased technology—an area that, once again, is one to watch. “It will cause increased investment in different types of systems and ways of accomplishing communication and data exchange,” Stroum said. He noted that these companies are finding AV communications less intimidating than they were in the past. However, in order to take advantage of this, systems integration firms must continue to develop know-how in the world of IT.

Westbury National Show Systems, a systems integration and production AV company based in Toronto, ON, has been emphasizing its competencies in the marriage of AV and IT for a number of years. Sales manager Brock McGinnis relayed that due to the economic crisis’ less significant impact on Canadian business, the company has been averaging 20 percent annual growth since 2008, and is well positioned for the year ahead. He conceded, however, that the AV systems integration industry must be cognizant of other players coming into the market.

“The challenge for the industry is that we have new competitors coming in, and they are potentially very disruptive to our processes,” McGinnis said. Systems contractors aren’t dealing with facilities and operations managers as much anymore; today, they are finding themselves face-to-face with the IT department. “IT professionals are accustomed to buying in a certain way, through certain channels, and we will be competing, more and more, with the big IT distributors for product sales.” Value-added resellers, too, have the potential to become competitors.

So what does this mean for systems contractors? “It’s about how you present your core competencies,” McGinnis said. The model upon which most AV systems contractors are based involves long-term, in-person relationships—something that he believes will give this industry a competitive advantage. “IT companies really don’t do on-site service calls. They want to solve the server problem by having someone send it back somewhere, or logging in online. When your system doesn’t work, we will show up at your office and take care of it for you.” This approach, he believes, can be very reassuring to the end client.

For Wilson, the companies that will survive and prosper during the coming year are those that demonstrate their value while remaining focused on their core competencies. “Sharpen your go-to-market focus,” he advised. “Make it crystal clear to your employees, your vendors, and your customers that this is what you are going to focus on.” And, when you lead with the products and systems that you are reputed for, “go after that market, and try to maintain profitability on every project that you do.”

As companies become more discerning about where, and with whom, to invest their money, they are demanding vendors that are willing to act as partners rather than just salespeople. Chuck Wilson, executive director of the National Systems Contractors Association (NSCA), noted that this calls for advanced selling techniques. “Think about the companies that you call on and the businesses in which you work, and understand their business better,” he said. If you don’t have solid proof of the value and return on investment (ROI) that systems upgrades provide, chances are you won’t make the sale. “We have to prove value. Don’t send your salesperson into a company unless they know how to prove value on what you are providing.”