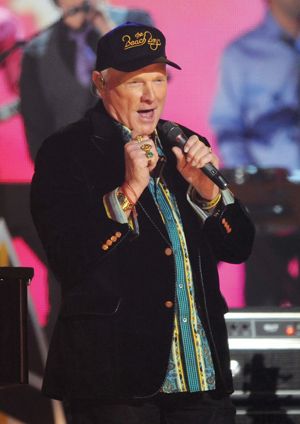 Mike Love of The Beach Boys performed at the 54th Annual GRAMMY®s, held February 12, 2012, using an Audio-Technica 5000 Series UHF Wireless System. Photo by Frank Micelotta/PictureGroup via AP IMAGESThe GRAMMY Awards ceremony has garnered widespread notice throughout the years as it continually raises the standard for broadcast entertainment. The EMMY®-winning production was the first major awards show to venture into HDTV and 5.1 surround sound, and it was outfitted with the most advanced tools to ensure the highest fidelity for the evening’s performances. The team working on this year’s GRAMMYs featured many top-tier contributors who returned to ensure the success of this event.

The sound system was provided by ATK AudioTek with FOH (front-of-house) Engineers Ron Reaves and Mikael Stewart, with the house audio supervised by Leslie Ann Jones, a member of the Producers & Engineers Wing® of The Recording Academy®. New Jersey/California-based remote facilities company M3 (Music Mix Mobile) was onsite with their Eclipse and Horizon trucks to create the music mix, facilitated by Broadcast Music Mixers John Harris and Eric Schilling, while Tom Holmes was responsible for the overall broadcast mix. The broadcast audio was supervised by Phil Ramone and Hank Neuberger, also leading members of The Recording Academy® Producers and Engineers Wing®. Michael Abbott returned as Audio Coordinator, and M3’s Joel Singer served as Engineer-in-Charge for the Eclipse broadcast mix truck, while M3’s Mark Linett served as Engineer-in-Charge in the offline Horizon remix truck.

For the home audience, CBS once again delivered the most advanced form of HDTV, with 1,080 lines of picture resolution and 5.1-channel surround sound. To meet the sonic demands of this format, the audio engineers and music mixers employed a wide range of Audio-Technica microphones for the GRAMMY Awards.