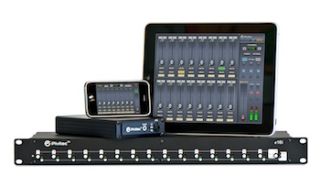 Pivitec’s new e32 Personal Mixer is a 32-channel Ethernet AVB “listener” endpoint that can be used to build a stereo mix from up to 32 channels of network audio sources.