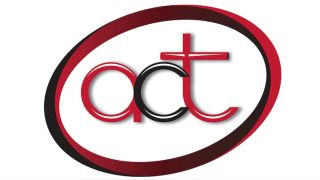 “Nu Skin is an especially rewarding company to work with,” said Michael Marto, EVI President & CEO. “As the culture of empowerment, opportunity and being a Force for Good influences everything they do. We wanted to weave an experience unlike any other, that broke new ground for a customized corporate event, and told the whole Nu Skin story.” Of particular importance was addressing the difficult audience of Millennials. “We wanted to use a massive social program to attract young people to the company as part of a strategy for growth for Nu Skin,” added Marto “We didn’t have Maroon V and Hans Zimmer just because they are massive global talents, but also because they speak especially clearly to a millennial audience through the international languages of music, and movies.”

“Several years ago Michael ‘dared me’ to dream of a bespoke corporate experience that featured musical genius Hans Zimmer, and since then it has been a shared goal of ours," said John Featherstone, Principal at lighting and visual design firm Lightswitch. "Michael does nothing by half measures, so he wrapped this exclusive concert experience in a targeted message of excellence and virtuosity, and bookended the audience experience with a massive opening fundraiser for Nu Skins charity Force for Good, featuring Maroon V. Then for good measure, he arranged for the whole thing to be webcast around the globe to millions of people - that is not your every day corporate show!”

“Nu Skin global LIVE!” began with a Wednesday night gala fundraiser and silent auction on the floor of the arena. Later that night the arena filled for a special concert by Maroon 5.Thursday featured business sessions capped by a Nu Skin’s Got Talent show starring contestants selected from around the world. Friday wrapped up the business sessions and concluded with company awards and a concert headlined by composer Hans Zimmer and his band backed by the Salt Lake City Symphony orchestra and members of the Mormon Tabernacle Choir.

With such a diverse array of activities and needs across three days of the event, Featherstone was challenged to design a flexible and versatile lighting rig.

“We designed a core rig, which worked well for all functions and included some feature pieces,” said Featherstone. “We used close to 1,000 moving lights.”

The support provided to Featherstone by Video West represented a recent significant capital investment by the audio, video and lighting equipment vendor. Chief among them was MA networking, which enabled complete integration of grandMA2 lighting consoles from the beginning to the end of the production.

“We bought into MA networking because it makes the jobs of MA programmers and technicians so much easier,” said Donny LoDico, Director of National Lighting and Senior Account Executive at Video West. “We wanted to have a rock-solid product to send out on shows of any size or scale with no worries. The Nu Skin event was its first major outing.”

Eight grandMA2 full-size consoles were deployed at the arena, primarily for lighting control, along with 10 NPUs. Featherstone had two previs suites at the arena.

“We’re big fans of on-site previs,” said LoDico. “We did a lot of MA 3D set up ahead of time for basic focus, pans and tilts, but our robust cueing was done on site from the load in working with Mike Robertson of Prelite, who was embedded with our team. We always had three shifts on the MA network: one in the main room and two in previs – all on the same network sharing the same show files.”

“One of the hallmarks of Claypaky lighting,” said Featherstone, “is that it’s organic: the fixtures have beautiful peak fields. We did a series of kabuki drops to define the arena floor for the fundraising dinner. Then we wanted to light the audience for the Maroon 5 concert. Because of Unico’s peak field distribution we could paint the audience with soft light and texture. A beautiful undulating pattern of light and shadow rippled through the audience.”

Unicos also lit the audience for the business sessions and for the Hans Zimmer concert.

Featherstone reports that the team from Lightswitch and Video West received “robust support” from ACT Lighting for the event.