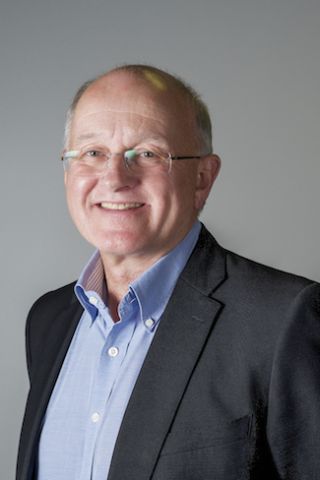 Starting a business from scratch has always been a challenging endeavor. Even more so when the product you’re trying to bring to market is something that’s never been produced before—and isn’t even fully developed yet.

This was the challenge that Brian Critchley faced when he led the management buyout of Digital Projection from Rank Brimar, the company at which he had worked for more than a decade, and began laying out plans for a business that would produce the world’s first commercial DLP projectors.

But just getting to the point of production was a tremendous struggle. “Solving the technical problems of a DLP projection system in its early years was very difficult,” Critchley said. “These were not straightforward issues: to speak to people about a million moving mirrors, and two million moving hinges, and how to make a projection system out of that with brand-new lamp technology and video technology. There were a number of setbacks, and a few times we felt like we weren’t going to get there.”

If anyone could lead a team to pull off such a monumental undertaking, Critchley was certainly an ideal candidate. He got his start in the video industry working with early liquid crystal display technology in 1978. “My interest began at university where some people I was with were working on electroluminescent displays, and generally became interested in the field, because unusually, you get to see your results in a rather clear manner, rather than just numbers and statistics,” he said.

He then moved on to work on cathode ray tube technology for the military and professional display industries at Thorn EMI Brimar, a company that was, in the mid 1980s, acquired by entertainment giant, Rank, to form Rank Brimar. At the time, Rank was heavily invested in the entertainment industry��it owned film laboratories in the U.K. and U.S., and had a significant investment in Universal Studios, according to Critchley.

“So the entertainment side of Rank was obviously an area that I started to look at and say ‘how can we help these guys,’” he recalled. “And what came to the fore then was the fairly obvious comment that if a really high-quality digital cinema could be created, then that could have a significant effect on Rank’s business.”

Eventually, Rank decided to fund Critchley to lead a team to travel the world in search of possibilities for creating a viable projection technology, which ultimately led to Texas Instruments’ labs in Dallas, where DLP technology was being developed. By 1995, Critchley and his team were demonstrating the world’s first three-chip DLP projection system in London.

Rank’s subsequent decision to not get involved with manufacturing led to Critchley’s buyout of Digital Projection, and after the arduous task of ramping up production on a device still partially in the works, the company began producing the first DLP projectors in 1997, primarily for the rental and staging markets.

The success of the company led to Critchley winning an Emmy Award for Outstanding Engineering Achievement in Projection Display Technology in 1998, as well as serving as a senior vice president of the IMAX Corporation during a short-lived acquisition of Digital Projection by the company.

Today, Critchley serves the company by providing strategic advice, and spends his time traveling to visit his family—he has five grandchildren—as well as watching rugby and staying as physically active as possible.