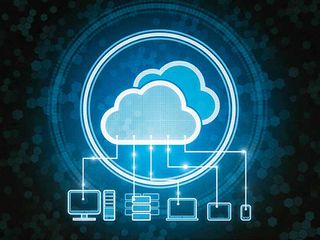 If video killed the radio star back in 1981, it’s testing tech managers’ might here in 2014. As enterprise communications tools go, video is an undeniably practical and efficient tool. But it also takes up a lot of space, presenting tech managers with the ongoing challenge of making room on the network for everybody.

“Video for streaming, for real-time communication, for unified communications, or even just for playback, usually has a fairly consistent, sustained bandwidth requirement,” said Tom Barnett, director of product marketing at Crestron Electronics Inc., a video distribution, control and automation systems manufacturer headquartered in Rockleigh, N.J. To address this, network design should take into account bottlenecks, which very often surface when there is a link between buildings. “When you’re designing a robust system, you have to make sure that there are enough lanes on the highway for all that information to get there. In many ways, that network design is going to follow the same principles as it would whether or not you were moving video on it, but there are just more devices that are going to consume more bandwidth.”

For Brady Bruce, vice president of marketing and strategic alliances at Jupiter Systems, a collaboration technologies developer based in Hayward, Calif., nowadays, there is no such thing as too much bandwidth. “Video has gotten more efficient as time goes on—the algorithms of compression and decompression improve—but still, as the requirement for higher resolution and higher frame rates increases, you’re going to need more bandwidth,” he said. “It’s almost impossible to over-provision at this point.”

UCSD uses Atlona’s AT-LINE-PRO2 video scaler with HDMI output & the AT-HD4-V40SRS HDMI 1.3 extender in its Arts Library. Still, every organization has its limits, and when this is the case, tech managers must identify what compromises they can make. Videoconference participants, for example, might be able to live with a bit of video latency as long as the audio remains uncompromised. But this isn’t acceptable in all applications, notes Kevin McGinnis, systems design engineer at Advanced AV, a systems integration firm based in West Chester, Pennsylvania. “I’ve dealt with some simulation companies that do different simulations, like for aircraft. When they’re doing simulations, they don’t want to deal with any more than a frame of delay because the operator, if they’re doing this in the real world, is not going to have that delay. They want their responses to be as close to reality as possible,” he said. “If you’re flying at 400 miles per hour and you’re landing and you’re 100 milliseconds behind, that’s not a good thing.”

BYOD complicates network optimization, first and foremost because it’s forcing tech managers to deal with unmanaged devices within the security infrastructure of their facilities. “You want to make sure that you do things like two factor authentication, and you want to have the ability to wipe out confidential information if the device is lost or stolen, or if an employee leaves the company,” Barnett said. Content sharing via BYOD also presents challenges when it comes to discovery protocols used to find the receiving device: while they may work fine on a small home network, they aren’t designed for enterprise network topologies. What’s more, these devices often generate more broadcast traffic to facilitate the discovery process. “That’s going to create more background noise, and consume more bandwidth and resources even when nobody’s trying to do anything with it.” He adds that while developers are trying to find solutions around this, it may take some time since the primary market for mobile devices is the consumer.

This will become even more of an issue as new mobile devices become mainstream. “There’s an old adage in photography where people say, ‘what’s the best camera?’ Well, the best camera is whatever one you have with you,” Bruce said. The same applies to BYOD: “If it’s your tablet, your smartphone, or if you’re an environment where handsfree is an essential requirement, then it will be wearables like Google Glass. People will bring those devices into the workplace–– some will be company-provided, and many will be bring-your-own. And they will get used.”

Like it or not, BYOD plays a central role in enabling professionals to reap the benefits of video communication, forcing tech managers to come up with a viable solution that won’t compromise their networks. “The key is using devices as your receivers that are designed for enterprise deployment rather than trying to use the devices that are marketed for the consumer and try to shoehorn them in,” Barnett said. He points to Crestron’s AirMedia HD wireless presentation system that allows users to connect to meeting room displays via their mobile devices and laptops. “You use your regular network topology and you can use standard ways of managing which devices people see, so you don’t need to worry about these discovery protocols. And, it’s cross-platform.”

BYOD also requires tech managers to consider their access points, notes John Spiro-Colwell, product manager at Crestron. “These wireless access point that the BYOD devices are talking to may be managing 30 devices or more devices,” he said. This isn’t necessarily a bandwidth issue outright, but as the user count per access point increases, a number of issues may manifest, from degradation in performance up to the access point locking up. “Getting the access points working and playing together, and not over-scheduling them, is a concern for the enterprise.”

Tech managers must guarantee network reliability 24/7. But strategies differ from organization to organization. Barnett cautions that devices featuring their own built-in access points pose a security issue because they increase the number of entry points there are into the enterprise network. “As soon as you connect some device with a built-in access point to the network––and maybe that access point is there to make it so that you can share your PowerPoint presentation in the room––you’ve got a new attack vector there,” he said. This can also generate RF pollution, which will degrade the performance of the main Wi-Fi network, he adds.

Arguably the biggest challenge tech managers are facing with enterprise video is that it isn’t the only thing on the network. “You never really had a problem with people misusing the resources in a 16x8 video switcher—it was purely dedicated to getting the HDMI signal from the source to the display, all the time,” Barnett said. “Because Ethernet is a general purpose network, end-users can start consuming bandwidth at any point, which can cause issues with your video. So, while your sharing your presentation somebody can also start synching 16 gigs to their iCloud while someone else is downloading files from Dropbox.” At some point, managing bandwidth may require tech managers to lay down the law. “You want some good quality of service measures in place that say, ‘we’re only going to let you use so much of this for these other purposes, because we’re setting the rest aside for video.’”