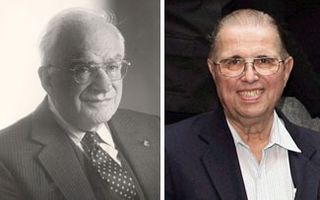 The Audio Engineering Society mourns the loss of Norman C. Pickering and Irving L. Joel, two pioneers in the science of audio. Pickering is known of innovations in phonograph cartridge design and as the first secretary of the AES. Joel was an integral member of the New York recording community and a beloved member of the Audio Engineering Society.

Pickering was instrumental in the formation of the AES. At a meeting held in the RCA Victor recording studios in New York the evening of February 17, 1948, Pickering discussed the need for a professional organization to foster the growth of audio engineering. A motion was carried to form the Audio Engineering Society.

"Irv Joel was an inspiration and mentor to many of today's most noted audio professionals," said Moses. "He also contributed in huge ways to the AES over decades. Well beyond his contributions to the industry and the AES, Irv was beloved as a warm and caring man. He will be missed. On behalf of the AES, I offer our deepest sympathies to Irv's family and loved ones."

Irving Joel's lifetime of contribution to the art of recording included 15 years at Capitol Records and early experiments with stereophonic recording. His Capitol discography ranged from stereo recordings of the Pittsburgh Symphony and the Broadway cast recording of The Music Man, to location recording of Tennessee Ernie Ford. He became chief engineer at A&R Recording, co-owned by Phil Ramone, where he recorded such artists as Judy Garland, and Liza Minnelli.