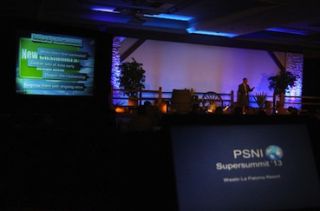 The annual event, held since 2008, features unique educational opportunities, nationally renowned presenters and networking with industry peers. Prior to the Supersummit event, the annual stockholders meeting was held on Wednesday morning that included the annual election of officers and a company overview from Kelly McCarthy of Genesis Integration, PSNI's newest affiliate member.

"The PSNI Supersummit offers system integration company principals opportunities to learn new leadership strategies and philosophies and collaborate with peers and, importantly, the principals bring other key employees to share the same experience and network with their peer groups," said PSNI executive director Christopher Miller. "Typically, principals return from conferences and then try to implement what they learned, or 'push' the information downward. By attending Supersummit, an entire team can apply new approaches across the company. We hear over and over that this is a faster, more streamlined way to incorporate new best practices."

--"Trends, Technology and Taking the Lead," presented by thought leader Scott Klososky, helped leaders see the world in new ways, and the workshop portion covered social technologies, big data, mobile strategies, and cloud computing from both an operating tool and a revenue stream for affiliates.

· "Best Overall Affiliate PVP Performance & Participation" -- VCA. The award recognizes the affiliate who participated to the highest level-including engagement and performance with Preferred Vendors and PSNI staff. Pat Balestrieri received the award on behalf of VCA.
· "Best Overall Preferred Vendor Performance in 2012" was awarded to HB Communications. The award was accepted by HB Communications' Bill Tinnel.
· "Largest Preferred Vendor Partner Growth in 2012" was awarded to General Communications. Ingolf de Jong, President of General Communications, received the award.
· "Overall Commitment to the Ideology of PSNI" was awarded to Alpha Video. Stan Stanek and Kevin Groves received the award on behalf of Alpha Video. This award is the most prestigious award given by PSNI that recognizes the total commitment by an affiliate to participate in programs and engage in activities of PSNI.