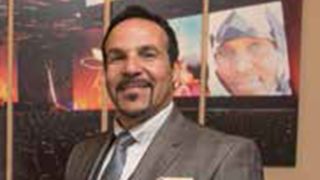 Name: Jay Gonzalez
Title: President
Company: Analog Way Americas
Predictions: Look out for a “continual push for increased spatial resolution” as well as “the application of image quality techniques such as HDR and HFR.”

SCN: Would you say that you were destined for a career in technology or was it more happenstance?
Jay Gonzalez: Yes, it would be fair to say that I was destined for a career in technology. At a very early age, I had a keen curiosity for manmade mechanical contraptions, which led me to disassemble and reassemble a variety of household devices. My principle aim was to figure out what contribution each individual part made on the whole. I dissected almost anything within reach: ventilators, vinyl record players, telescopes, bread toasters, radios, and many other gadgets. At times, I also assisted my uncle at his TV repair shop. Though fully supported by my parents, I must admit that my mother was not always happy about the timeliness of my inquisitive impulses. As a teenager, my targets became more complex: industrial printing presses, auto transmissions, gasoline engines, hydraulic systems...

SCN: What drove you to pursue an engineering degree, and what was it about video technology that you gravitated toward?
JG: I realized that there was an even bigger challenge in the resurgent universe of electronics, that there was technology that functioned at a scale so minuscule as to elude the senses, a world ruled by molecular particles, not mechanical parts. A renewed curiosity drove me to pursue an engineering degree in integrated circuit and RF design. After graduating, my first job consisted of designing and fine-tuning radio antenna arrays for paging systems. When the cellular phone revolution had all but obliterated the paging industry, I decided to explore the industrial video sector. Constant innovation in video tape recording technology was a prime motivator at the time. Eventually, I was driven deeper into the video world, from industrial to the much larger consumer division and, lastly, into broadcast where I spent my final years working for Panasonic.

SCN: Early on, you transitioned from a sales position with Panasonic to one in integration. What are some of the lessons you took with you about the video business in the late ’90s and how did these mature in the early 2000s with the added perspective of being an integrator?
JG: When I was a senior engineer at Panasonic, I acquired a cradle-to-grave understanding of video product manufacturing and commercialization. This provided me an edge to transition from engineer to salesman. However, I had slight to no visibility into the systems and environments where our products were predestined to function. The “how” and “why” questions began to emerge once again, but the answers did not become readily available until after I left the manufacturing sector for a career in AV systems integration.

The new millennium brought change to the field of video at an unprecedented pace. New digital standards were in place, and the Federal Communications Commission (FCC) was mandating a firm national roadmap to adoption. At this juncture in my career, I have to say that it was a fervent desire to remain at the cusp of technology that allowed me to experience numerous significant accomplishments.

SCN: At Technical Innovation, you were responsible for closing one of the company’s largest sales at the time. What kind of skills and determination did you find most valuable in securing such a large piece of business? How do you think those are applicable to business today versus a decade ago?
JG: Technical Innovation (now part of Diversified) was a medium-size integrator at the time. As such, we found ourselves facing Goliath-size competition at every turn. To better compete in a world of giants, we had to come up with innovative methods. I realized that the FCC-mandated transition to digital was ushering a plurality of new technologies that were clearly foreign to video and broadcast engineers in that milieu. For more than 50 years, analog video had ruled every segment of the industry; with the arrival of digital, everything changed seemingly. It became obvious that the opportunity ahead had all to do with mentoring the customer. The key for me was to develop and commercialize an integrated system that could encompass the entire digital broadcast compliance workflow in a single cohesive package. The most valuable skills to get us past the goal line included vision, entrepreneurship, intuition, solid technology savvy, leadership, organization, business acumen, and a strong passion to win. These skills are timeless and universal.

SCN: You returned to the manufacturing business with tvONE in 2008, and you’ve been president of the Americas at Analog Way coming up on two years now. From the viewpoint of a video technology provider having experienced the analog sunset, how do you envision the future of video technology in a digitally networked world?
JG: From manufacturing to integration, and back to manufacturing, this journey has granted me an eagle-eye view of the AV ecosystem. Today, I not only understand the complex intricacies of manufacturing products in an increasingly competitive industry, I also understand the business enclave in which our clients operate and the various business models that underline their raison d’être.

Today, serving as president of Analog Way Americas, I am seeking to create customer-relevant programs and services to better serve our base. Advancements in display technology will continue to elicit a need for higher image quality; hence, a continual push for increased spatial resolution (4K, 8K, 16K…and beyond?) and, among other things, the application of image quality techniques such as HDR and HFR. IPTV, video networking, and cloud archival/retrieval will continue to expand, though at a snail’s pace in a few niche vertical segments. Other improvements may also loom on the horizon, including augmented virtual reality, autostereoscopy (glassless 3D), and light recoding (holographic video).

SCN: How can integrators best position themselves to succeed in this future paradigm?
JG: Oftentimes I’ve witnessed integrators committing the same mistakes of the past, abandoning their core competencies for unproven technologies without a sensible plan that would guarantee their survival after a risk-taking mission. To me, the best balance for a small-to-medium-sized integrator who is looking to adopt new technology offerings is to always begin from their core competency outward. In essence, adoption and commercialization should include identifying new markets that are the most relevant to currently mastered markets, beginning to bring the required new disciplines in-house at a pace acceptable by the current business model, learning the habits of new potential customers, and staying very close to the analytics behind new target markets. At Analog Way, we apply similar principles to the never-ending quest for new technologies and solutions.

SCN: What’s your desert island piece of technology and why?
JG: As a pragmatist, my answer will most certainly elicit no excitement. My desert island technology of choice is clearly the crank-powered radio/flashlight that is capable of sending SOS signals and generating light with the dynamo, determining weather conditions, and capturing radio frequencies.