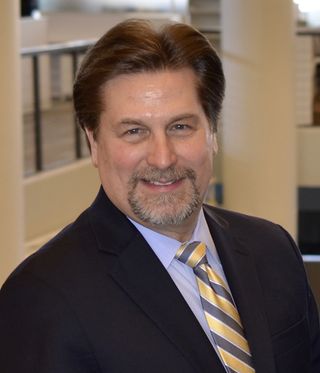 Casey’s broadcast roots run deep, with nearly 30 years of combined experience as a leading broadcast industry publisher and sales and marketing executive. He spent the last 20 years with NewBay Media (recently acquired by Future plc), where he spent the majority of his time leading Radio World to record revenues over many consecutive years as publisher. He was subsequently named group publisher of the Media, Entertainment, and Technology sector at Future plc immediately following its NewBay Media acquisition.

Prior to his two-decade run in publishing, Casey held key sales and marketing roles at Denon Electronics and later Telos Systems, where he served as VP sales and marketing. At Telos, John contributed to a tremendous three-year period of growth for the company.

While his broadcast experience will undoubtedly bring exceptional value to ENCO’s future, Casey’s strong interpersonal and relationship-building skills will also be a substantial boost to growth in new verticals. ENCO’s most recent generation of automated workflow and instant playout solutions have captured attention in the commercial AV market, where the company’s enCaption family has quickly become a popular open captioning solution for corporations, K-12 and higher education systems, and houses of worship. enCaption systems remain the market-leading choice for closed-captioning in broadcast TV as well, with speed, accuracy, and cost-efficiency thanks to ENCO’s patented artificial intelligence-powered technology.

“ENCO remains the dominant player in radio automation and automated TV audio playout, and has quickly gained a sizeable market share in TV automation with its MOM system,” said Casey. “While maintaining growth and stability areas will be a key focus, what’s most exciting to me is working with customers across new growth areas for the company. This includes television to a degree as MOM and enCaption continue to evolve and deliver new benefits to broadcasters, but raising ENCO’s visibility in commercial AV and other emerging markets will be an exciting initiative that I am excited to help lead. Their A.I. and software-driven solutions have a clear value proposition across all of these markets and related verticals.”

Frommert adds that beyond Casey’s early experience in areas such as installed audio and consumer electronics will also provide a stronger company voice for systems integrators that are just beginning to learn about the value of ENCO solutions.

“John’s wealth of industry experience and customer-first mentality comes to ENCO at a time of worldwide growth for the company, and having him help to lead the charge in sales across the United States is sure to bring ENCO’s name to many new customers from north to south, east to west,” said Frommert.