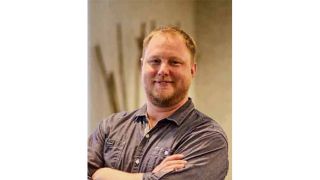 While technology is everywhere, people are growing less and less patient when they’re forced to be aware of it. We just want it to do its job so that we can do ours. When we’re talking about making a building smart, however, getting to this point is a big undertaking—one that requires careful consideration, a lot of discussion, the right expertise, and a solid plan. For tech managers, this means not only must they focus on the technology, but the people who will be benefit-ting from it as well.

Zack Snook, audio product manager, Biamp Systems “Buildings that utilize IBT support productivity in any of the ways that tenants want to work,” said Gina Sansivero, director of business development for the education market at FSR Inc., a signal management and infrastructure solutions manufacturer based in Woodland Park, N.J. This means providing enough bandwidth to support BYOD, and programming things like lighting, temperature controls, and electronics to be up and running when the facility is occupied. “The magic of these IBT buildings is that they just work. The obligation of the technologists responsible is to ensure that the integration and web of all the systems are designed, installed, programmed, and managed in such a way that they get stronger as time goes on, with minimal direct interaction from the tenants.” To achieve this, she said, in-depth analytics play a central role in producing the information that will drive continued improvement in the facility’s efficiency.

Because integrated building tech is so all-encompassing, it can be tempting to try to predict the future (I.e. every bit of required functionality for the next 10 years). While he’s not against devising a good plan, Zack Snook, audio product manager at Biamp Systems, an AV and collaboration solutions manufacturer headquartered in Beaverton, Ore., urges tech managers not to get too carried away. “I would be cautious to tell somebody that they have all of the answers and solutions from the beginning—no matter what you think you need when you’re designing an integrated building, something will change, and some new requirement will happen, whether that’s as it’s being installed or two years later,” he said. Accommodating a smart building’s evolution, then, requires technology that is flexible and scalable. “Don’t make anything so static that it becomes a time-consuming, or a budget-consuming, thing to change as you move forward.”

At the same time, some future-proofing is required—especially for property owners concerned with technology obsolescence, Snook’s colleague, Stephen Patterson, sales development director, EMEA at Biamp, points out. “They [can] spend millions of dollars putting smart into a building, but in five years everything’s obsolete because they didn’t think carefully enough about the products they chose, or the upgrade paths, or the flexibility of the products they’ve put in,” he said. For integrators and tech managers, this means another level of coordination, since in many cases, a building’s owner isn’t the actual tenant.

Stephen Patterson, sales development director, EMEA, Biamp Systems On the AV side, coordinating with the right stakeholders has always been a challenge, and this hasn’t diminished in the face of AV/IT, notes Steve Greenblatt, founder and president of Control Concepts Inc., an AV control system programming firm based in Fair Lawn, N.J. “When we are dealing with building technology, the hardest part is getting all of the information and knowing how the other side is programmed, and getting them to understand what we’re trying to do, and not fear that we’re going to mess things up,” he said, adding that gaining access to relevant APIs is sometimes an issue. “The manufacturers—whether it’s software or hardware—need to be cognizant that we need to interface with their system, and we need to be able to have the proper controls.”

Another temptation is to take an “all-in-one” approach to product procurement by purchasing systems from one company that manufactures all of a system’s components. Barix AG, an audio and control products manufacturer based in Zurich, Switzerland, argues against this; the company’s business model is the opposite. Reto Brader, Barix’s vice president of sales and marketing, explained that instead, the focus is on developing devices that address very specific tasks, such as integrating legacy systems with today’s SIP-based telephony, for example. “The idea of: I pick Solution A over B because they do it all, in our point of view, makes it usually much more expensive than if you have somebody who actually takes a best of breed approach and then comes in with a combined solution,” he said.

Barix is behind the Barionet 1000, a Linux-based open, programmable, I/O device server designed for applications such as access control, environmental monitoring, contact closure monitoring, and PV power management—and what Brader calls “the industrial version of Raspberry Pi.” The manufacturer is enthusiastic about the potential the Internet of Things (IoT) offers; so much so that it launched Qibixx, a sister company focused on developing IoT data communication and networking devices. “I think the trend [here] is this whole low energy approach,” Brader said, pointing to Bluetooth Low Energy Beacons as an example. “This area is definitely going to grow much bigger, because at the moment battery-powered devices are a problem for a commercial applications, because you never know whether the batteries are empty, and they cost an arm and a leg to replace. But with this low power stuff … you suddenly get information about your environment, about your building, at a fraction of the cost because you don’t have to run power there, you don’t have to do anything—basically you just [install] the sensor and have it talk back to the network.”

While IoT offers limitless possibilities to acquire information on how well a building is functioning, Patterson argues that information acquisition is the easy part—it’s what organizations choose to do with it that will make the difference. “How do you take the information from all these sources? How do you store it? How do you structure [the capture of data so that you can] utilize the information from your 20,000 sensors to enable you to make long-term decisions about your building, and to allow your building to have some flexibility about how it manages itself?” he said. “The data that comes from IoT is actually where the real ‘smart’ can begin.”

Of course, with IoT comes increasing concerns about security, and Greenblatt acknowledges that this is relatively new to the AV industry. “We’re playing in the major leagues now,” he said. “We have a lot more to consider than in the past, where we were kind of living in a little bit of a bubble.” Back in the day, AV systems couldn’t do any real harm, “but now all of a sudden we have a lot more to think about and a lot more to consider, and there’s more responsibility that needs to be taken.” The oft-used Target example, where the company was hacked through its HVAC system, is not that far off from AV, he adds.

While Brader doesn’t deny that security is a real issue, he makes the argument that in many cases, it’s not because the security technology is especially vulnerable, but because it hasn’t been applied properly. “A lot of [problems] happen because of a big gap between the knowledge of the people that implement it, and how they should implement it, and how they should configure it, versus what can be done,” he said. He said that today’s security technology is advanced, and emphasizes that education and training on security is what will contribute to keeping organizations safe. “We always say the internet is just like your home: if you leave the back door open, somebody can come in—and they will come in. But of course you have to know that your house has a back door and that you should lock it. If you don’t know that, then you’re doomed.”

In IBT deployments, while there’s an argument for accepting that one won’t have all the answers up front, Greenblatt makes the case for the careful planning of an integrated building technology rollout. “It’s about writing a tight scope and really defining, specifically, what you want, and also analyzing the different systems to make sure that they can connect properly, and accomplish what [you want them to do],” he said. He concedes that this is something the AV industry could improve upon. “This area, I think, is going to be something that really needs to be detailed a lot more than what was necessary in the past with our typical systems, where we could almost figure it out in the end. I think this requires a lot more up front planning, and [getting] specific information in order to really make it work efficiently, and work well.”

Carolyn Heinze is a freelance writer/editor and a regular contributor to AV Technology.

EVEN THE CARPET TALKS

Reto Brader, vice president of sales and marketing at Barix, believes that IoT will cut down facilities cost significantly as more and more “things” produce data on their health. “I think we will see carpets with sensors that will say, ‘hey, my surface doesn’t look good, you should consider replacing it,’and it will run over some solar strings in the carpet, and talk over a low energy network,” Brader half-joked.

“We will see buildings reporting information on seats and carpets and lights and doors and windows—whatever you want—and it will have value in this business because I now no longer need to send a guy in every year to check all the carpets or whatever; I basically get an alarm that says, ‘hey, check over here—this one might be due [for replacement]. I’m going to get the status on something that might be due, or that might go bad, before it actually happens.”
—C.H.