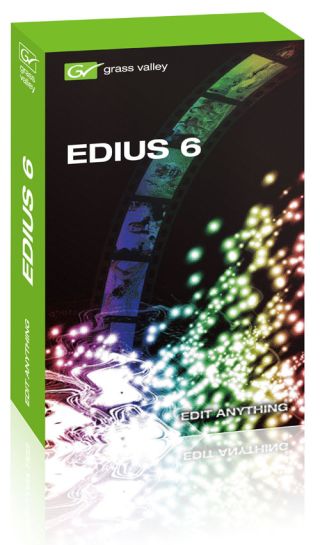 Grass Valley™ has unveiled a 3D toolset for its EDIUS® multi-format nonlinear editing software and has added 3D support for editing peripherals that provides users with a complete stereoscopic 3D post-production workflow. The STORM™ 3G and STORM 3G Elite editing platforms are both supported via the EDIUS timeline with stereoscopic 3D I/O through a single 3G SDI source and/or dual 3G SDI signals.

A 30-day preview version of EDIUS that supports this 3D functionality will be available online as a free download for testing purposes.

The new 3D support includes: native support for 3D video clips captured with the most popular 3D cameras, easy clip pairing for synching left eye/right eye clips; 2D-to-3D conversion capability; and a array of tools right on the editing timeline that make 3D adjustments—to compensate for mistakes in shooting—fast (with no transcoding necessary) and easy. Also functions available in 2D are also supported in 3D, such as real-time color correction, keyer, transitions and multi-cam editing.

“We see 3D production and post projects increasing around the world and customers have been asking for easy-to-use tools within EDIUS to help complete those projects quickly and cost-effectively,” said Charlie Dunn, Executive Vice President of Products for Grass Valley. “EDIUS has always been a flexible, highly affordable platform and the product continues to grow and get better with time. Now anyone working on an EDIUS system can instantly add 3D post capability to their arsenal of production tools and generate new revenue by expanding their client base.”

Included in the new 3D preview version are tools for importing, organizing, and adjusting 3D clips efficiently. And it’s all done on the same EDIUS multi-format timeline that 2D projects employ, making the process as easy to complete in 3D as it is in 2D.

With a simple software upgrade, every K2 Summit production client and K2 Solo HD/SD server can now be used as a 3D production server for 3D recording or replay, a 2X or 3X super slo-mo recording device, or as a server for recording from 2-6 simultaneous camera angles with at least one channel for playback.

A 30-day preview version of the new 3D software tools will be made available early in December 2011, on the Grass Valley website.