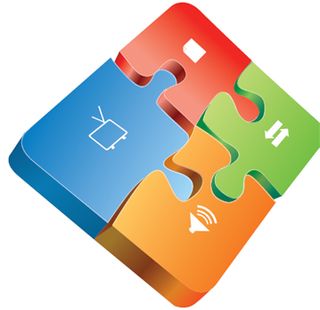 The Standards Dilemma in AV

The problem is not that AV doesn't have any standards - it's that we use too many of them without knowing how or why.

by John Lopinto President and CEO of Communications Specialties, Inc

How many times have you had a project that combined products from multiple manufacturers and it "just worked" from both the mechanical interoperability and the signal compatibility perspectives? I didn't think so. At the very least, connector gender changers are needed, or worse yet, boxes between boxes to perform some signal conversion magic to arrive at the desired result. Countless hours are spent tweaking, rethinking, and resolving interfacing nightmares that plague the pro AV industry as a whole.

What remains unclear is why the industry endures this painstakingly difficult and costly methodology while other related industries such as broadcast and IT enjoy virtually seamless interoperability among various system components. They can plan complex system designs with great accuracy, keep these system designs within budget, and execute them with relative ease. They install components from an array of manufacturers and have them coexist predictably in relative harmony both at the mechanical and electrical interface levels. And they do this repeatedly, confidently, every day. Isn't this what every technology manager wants?

To understand the steps the pro AV industry must take in order to achieve a standards-based utopia, we must first understand why the problem exists and how the equipment manufacturers, the system integrators, and the technology managers are actually contributing to it.

One could argue that the pro AV industry does employ many of the available standards most of the time, and they would be absolutely correct. However, this is at the heart of the problem: we are using too many (if not all) of the standards available today in many situations and none at all in others. Manufacturers and users alike are utilizing standards with little or no guidance as to which standard to use, how to use them, and when to use them.

The electrical interfaces between devices can quickly become even more complex and unclear than their mechanical connector counterparts.What is the nominal level of line levelaudio? Is this level defined when terminated or unterminated, and under what load and source impedances? What exactly are the accepted data rates for RS-232?

Sadly, there are manufacturers that base their entire business model on this, ignoring the existing standards or, worse yet, creating their own. In many cases, this results in closed and proprietary systems that compel the system integrator to use only that manufacturer's solution for most or all of the system design.

For example, consider the number of interface

STANDARDS EQUAL PREDICTABILITY. WHEN YOU CAN PREDICT RESULTS, COMPLEX SYSTEM DESIGNS CAN BE IMPLEMENTED WITH CONFIDENCE, AND INSTALLED ON TIME AND WITHIN BUDGET.

products that communicate using what appears to be standard RS-type data that are not compatible. If the product adhered to the standard, how could they be incompatible? These products are incompatible because the manufacturer deliberately chose to make subtle modifications to the electrical levels, timing levels, or other parts of the protocol to ensure that only their products would be compatible. The consequences of this are far reaching.

If any given manufacturer's solution achieves some, but not all of the client's requirements, the integrator must add additional hardware or services to the system. In a proprietary system it becomes very challenging (if not impossible) for an integrator to interface into this system using other components and for the technology manager to predict the results and cost. Rather than deciding upon and purchasing a product that offers the client the best performance and value, the integrator is often forced to install equipment because it is the only unit compatible. In other cases, they create ad hoc solutions to circumvent their interfacing problems that increase the system cost and the time to install and maintain that system - all while reducing its overall reliability and profitability.

After system installation, it falls upon technology managers to keep the system running smooth and to respond immediately when it doesn't. They have a clear picture of the overall signaling objectives and they know how it is all interconnected. What they may not realize is that there are additional components lurking in dark corners or ad hoc undocumented design changes that make the whole system work, and it isn't until a problem is reported that these interfaces and changes are discovered.

For example, they may know that DVI is being sent to the classrooms over fiber, but they may not realize that there are interface boxes performing an HDMI-to-DVI conversion prior to the fiber optic transmission. When the system goes down and the technology manager investigates the issue more closely, they are left to troubleshoot not only the fiber optic link, the expected component of the system, but the interface boxes at the ends of that link, the additional connections, and cabling as well. Of course, this scenario becomes more difficult to manage and diagnose when working with the many products that require software in order to function properly.

This can be a relatively new and painful experience to the technology manager who has his or her roots in the IT and/or broadcast industries.

If standards were employed in pro AV today, what benefits can we expect?

When manufacturers embrace the standards that define the solutions for common mechanical and electrical interfaces, they can then focus on the core of their product. They can innovate and develop products that offer more value, features, and ease-of-use. And they can respond to industry trends more quickly with a lower cost-to-market. In short, manufacturers become successful because of what is in the box when they compete on value.

System integrators and technology managers can design and implement complex architectures with predictability and they can chose product based on its true merit, performance and value. They can eliminate the myriad of in-between boxes that have become essential components when interfacing incompatible products. This lowers equipment costs, installation times, and labor fees. When working with proven and documented standards, the integrator is no longer challenged with solving complex signal and interface problems on their own. Instead, the integrator is left to do what they do best: integration.

Technology managers can enjoy increased reliability and respond more quickly when they no longer need to troubleshoot additional equipment, connections, and cabling when diagnosing problems. They can achieve more of their AV goals with less money and in less time, something that everyone appreciates.

So how does an industry become standards-based? It starts with the integrators and technology managers requesting, if not demanding, the seamless interoperability and system predictability that related industries like broadcast and IT have been enjoying for decades.

But which standards? Should AV have it own standards or perhaps create recommended practices based on existing standards from related industries?

We certainly don't need to develop any new standards; rather, we should choose from the plethora of proven electrical and mechanical standards that already exist. The existing standards are well documented and proven in the field. For example, the Society for Motion Picture and Television Engineers (SMPTE) is a standards development organization that has roots dating back to 1916, and has developed a standard for most of the signal types used in audiovisual technologies today. In fact, SMPTE is already developing standards for emerging technologies. These standards are very well defined and meticulously documented, making it easy for our industry to understand and embrace them.

TECHNOLOGY MANAGERS CAN ENJOY INCREASED RELIABILITY AND RESPOND MORE QUICKLY WHEN THEY NO LONGER NEED TO TROUBLESHOOT ADDITIONAL EQUIPMENT, CONNECTIONS, AND CABLING WHEN DIAGNOSING PROBLEMS.

That leaves the AV industry to choose which standards are right for the unique applications that exist for pro AV. The industry needs a governing body that will embrace the community as a whole, and technology managers can play an important role. As broadcast, IT and pro AV are being homogenized, the technology managers are now in the unique position to demonstrate the benefits of standards and recommended practices that they enjoy when working with other industries. The technology manager should dictate, where possible, a standards requirement for their facility, that the AV systems they deploy have the same level of interoperability, reliability, and manageability that they have when working with broadcast and IT hardware and software.

Ultimately, the industry needs to discuss and select the standards that make sense for them and then, most importantly, stick to them. For example, if we standardize on RS- 232 or RS-485 type data for an application, then the manufacturer needs to strictly adhere to the standard that defines RS-232 and RS-485 data, including the data rates, handshaking, and connector types, not to mention the electrical levels and the timings defined within those standards. The industry simply cannot afford to embrace some, but not all, of any given standard.

Standards equal predictability. When you can predict results, complex system designs can be implemented with confidence, and installed on time and within budget. All of the standards we need already exist. We only need to choose them, embrace them, and utilize them consistently. Once that's been achieved, we will have achieved interoperability. And that's good news for a changing industry.

Editor's note: "The Way I See It" is an occasional series of articles where prominent industry professionals share their views on certain topics. Opinions expressed in this article are those of the author, and do not necessarily represent those of AV Technology or NewBay Media LLC.

John Lopinto is president & CEO of Communications Specialties, Inc. He can be reached atJohn@commspecial.com.