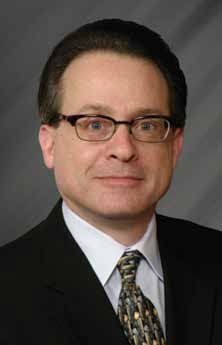 SCN: When did you realize you had a propensity for things musical and technical?

Stephen Siegel: I’m sure that I followed a route similar to that which many in our industry have taken. Beginning in grade school, I had a real interest in music and started my first band in about seventh grade. I was the horn player, but realized that keyboard and guitar players had all the cool gadgets. In high school, I bought a used Rhodes piano and started disassembling and reassembling old amps and speakers in an attempt to turn junk into useable gear. I’m not sure that I actually created anything terribly interesting, but I definitely ended up with some unusual combinations.

SCN: While an electrical engineering and music student at the University of Rochester/ Eastman School of Music, you worked as a recording engineer at Eastman’s multi-track recording studios. What was it that made you decide to apply your engineering talents to the world of audio?

SS: I was fortunate to be able to study saxophone at Eastman while pursuing my EE degree. During my sophomore year, I discovered that Eastman also had a comprehensive multi-track recording facility. I spent the following summer at Eastman immersed in a course offered by the recording department. It was taught by professionals experienced in recording, acoustics, sound reinforcement, and electronics. It opened my eyes to a set of industries that weren’t previously on my radar.

At the conclusion of the summer course, Ros Ritchie, the director of the recording program, offered me a job in the studios starting with the new school year. It was a huge opportunity that I could not pass up. I spent a lot of time in the studios during my junior and senior years learning more about audio technologies and hanging out with really great musicians. It was a rich experience that was fulfilling on multiple levels—technically, creatively, and musically.

SCN: You spent more than a decade as an acoustical and audio consultant, and then held executive positions at EAW and Ashly Audio. What was one lesson learned from these experiences that informed the founding of Fulcrum Acoustic in 2008?

SS: The importance of the team: great projects come from the right combination of talent and chemistry. One without the other has a limited chance of success. At Fulcrum, we have a close-knit group of folks who have worked together since well before Fulcrum was conceived. While our capabilities overlap, we have complementary strengths and skill sets that span a broad range of disciplines and experiences. We are of like mind and vision, we enjoy working together, and we have a proven track record of productivity and success.

SCN: Now you oversee marketing, sales, and manufacturing, and you also play a pivotal role in customer support, new business, and product development at Fulcrum. What’s most challenging about predicting what your customers will want next?

SS: Well, the fun part of being a relatively small business is that we all wear many hats, and each of us participates in multiple aspects of the business. It really gets back to the idea of teamwork. Rather than try to predict our customers’ needs, we use our combined experiences to create innovative products directed at specific problems. Dave Gunness, the technical force behind Fulcrum, never fails to deliver amazingly high performance through elegant designs. Customers can appreciate novel acoustical approaches and original constructions. When they see a solution to a problem that they thought couldn’t be solved, we know that we are contributing something special to the industry.