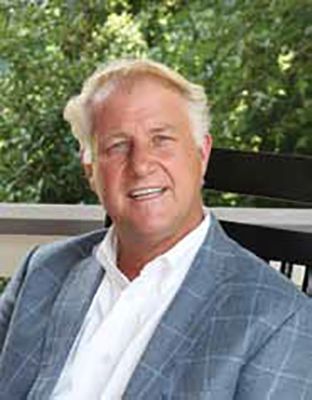 SCN: What events led you to begin your career in technology?

TJ Trojan: I think like most folks who end up doing what they do, it was really by accident. I grew up in Colorado and spent a lot of time in the outdoors. As a kid, my dream was to be a forest ranger. But, when I looked into it seriously, I found that there was a five-year wait list and it did not pay very much. What I did know was that I did not want to go into computers—despite my dad’s insistence that was the way to go. You know, sort of like what Dustin Hoffman heard in The Graduate. But instead of plastics, it was “one word… computers.”

This was in the early ’80s, before anyone had really heard of Bill Gates, Steve Jobs, and Michael Dell. All I really knew about computers was from a couple of classes I took in college. There were no personal computers at that time. The idea was to develop a program through dumb terminals, with punch cards, to a mainframe. They didn’t have enough terminals or punch card machines and the wait times were crazy long. Not my cup of tea.

Right around that time, the job I held with AT&T dried up as part of the AT&T divesture. While looking for something to pay the bills at 23, I met a guy who managed an NEC sales agency that was just about to launch a division that was going to sell early versions of the personal computer, with big eight-inch floppy drives. They were looking for sales people. I was looking for a job. I had some decent sales experience with AT&T, and I made it through interviews to the vice president of sales.

Whitlock’s John Schnibbe, Sharp Imaging and Information Company of America’s Doug Albregts, SYNNEX’s TJ Trojan, and Samsung’s Tom Perrier at the 2013 BMW Charity Pro Am presented by SYNNEX Corporation. I remember the interview going quite badly, actually. But, this VP had just received a box of software from SuperCalc, a very early spreadsheet application for PCs. The box said that SuperCalc was so easy to use that anyone could make a spreadsheet in 15 minutes. So, he told me, against his better judgment, he would hire me if I could come back to his office with a spreadsheet in 15 minutes.

Fifteen minutes later, I handed him the simplest, ugliest spreadsheet ever constructed and, voila, I was in the technology business.

SCN: You worked your way up to president at NEC, leading the enterprise through various mergers over the course of your 20 years there. What are some of the important business truths that resonate from the very root of sales to the top of the management chain?

TJT: I think there are different business truths as they relate to an individual career as compared with what it takes to have a successful company. But there are common threads, and these threads are present in any business environment or role. Certainly you need to have some vision as an individual and as a company. You need to plan while moving quickly to take advantage of opportunities. You need to avoid making decisions in a vacuum. You need to get input, perspective, and always build consensus on direction and how you want to execute as a team. This is especially true when dealing with major change, such as a merger, acquisition, or joint venture. As a leader, too, you want to surround yourself with people that are smarter and different than you—folks with different perspectives.

But, at its base, business truth starts with hard work and ends with loving what you do. Somewhere in the middle is team-oriented culture and actually trying to have fun, which makes it a lot easier to love what you do. We all spend an inordinate amount to time at work, so you might as well make the best of it to make it as enjoyable as possible for yourself, your partners, peers, and associates.

Most importantly, with every decision, just do the right thing, simply because that’s what we all are expected to do, whether in your personal or business life. Plus, it’s a lot easier looking in the mirror. We all have choices when making decisions—with loved ones, on our jobs, and with partners, associates, or employees. Doing the right thing is not always the easiest and it’s not always, perhaps, the best decision for you personally. Sometimes, doing the right thing isn’t best for your company—at least in the short-term. But trust is conceivably the most important business truth, and you will always have trust if you do the right thing.

SCN: What shifts in the sales channel have changed the AV and IT industries most in the past three decades?

TJT: Technology is evolving at an incredible speed. Some of the associates at SYNNEX today have never used a pay phone, the yellow pages, or a cassette tape. We live in a digital world of text, video, and voice. Mobile devices, the internet of things, big data, the cloud, and the consumerization of IT and communications have literally changed how we interact and how we work and play.

TJ Trojan with Matt Phelps of NWN, a SYNNEX customer, at the 2012 BMW Charity Pro-Am. When I first got into the business three decades ago, we didn’t have voicemail. We sent important, urgent documents though a fax machine. Ten years ago, the internet was just beginning to settle in after the dot-com bomb. Cell phones were primarily “flip” phones with limited connectivity, and the iPhone was three years away. Mark Zuckerburg was still at Harvard, launching Facebook as a Harvard-only social networking site.

Over the last 30 years, IT has changed from mainframe computers, to the PC, to this converged, connected third platform with ubiquitous mobility at its core. Today, the sales channel has had to adapt. Though there continues to be some need for specialization around core markets and practices, digital convergence of various technologies is requiring integrators to evolve—especially over the last 10 years.

The market—the customer—is no longer looking for information technology, but connected communication technology. As a result, integrators need to provide truly connected solutions as a single, trusted partner. For example, AV integrators that specialize in the education market are no longer providing just audiovisual solutions, but mobile devices, digital signage, wired and wireless infrastructure, and content that is all connected.

SCN: What was most intriguing about your switch to the distribution side of the chain when you joined SYNNEX seven years ago?

TJT: The complexity and evolution of distribution, especially at SYNNEX, astounds me. When I joined SYNNEX, I was initially amazed by the operational efficiencies of the business and the systemic complexity. There was so much information available, so readily. Offensive and defensive information that helped to ensure you made not good, but great decisions. Real-time information that was updated in real time. It was information that OEMs could only dream of.

But beyond that, I am both impressed and proud of how SYNNEX has continued to evolve to provide a greater and greater amount of products, solutions, and services to support our integration partners. As discussed, technology is moving at incredible speeds and integrators have to move with that change or get left behind. It’s not easy without a little help.

We believe that the integrator’s most important asset is the trusted relationships they have with their customers. Those customers, however, are now looking for more from the partners. Not just IT. Not just AV. They are looking for support around mobility, cloud, unified communications, and vertically focused solutions and content. SYNNEX is able to leverage our size and scale, our wide array of vendor partnerships, and our vertically integrated platform of services, solutions, and expertise to provide that help. Our goal is to become the integrator’s trusted partner.

SCN: You are involved in a number of charitable efforts both personally and through SYNNEX’s Share the Magic fundraiser, among other corporate charitable efforts. For those looking to add a charitable component to the workplace, what would you say are the benefits for team members?

TJT: There are, of course, lots of real good reasons for individuals and companies to give back to the community. For companies, benefits include increased employee engagement and satisfaction with the company. People want to work for companies that value their community enough to make a positive difference. It says something about the culture of the company not only to its employees, but to partners, customers, investors, and the communities it serves. But mostly, again, it’s about doing the right thing and trying to make the world a little better because you and your company are a part of that world. It’s what should be expected.