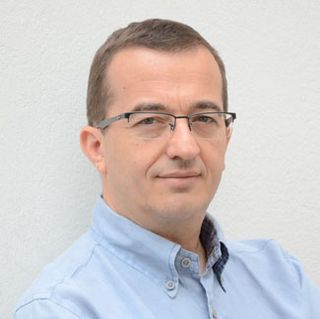 Smart Monkeys, Inc. has appointed Olivier Moser to the new post of director of design and engineering and promoted project engineer Mitchell Schuh to director of technology.

“The theme park market is booming," said Stephan Villet, partner at Smart Monkeys, Inc. "All parks want to be more than an aggregation of attractions. They want to be fully integrated with park-wide events and parades day and night, but theme parks have been doing AV the same way for years. There are huge opportunities to bring new design and engineering approaches to this market, and we’re delighted that Olivier will be leading our team, taking theme parks to the next level.”

Added Moser, “A lot of technical innovations have been brought to attractions in the past decades, but if you look at the big picture, theme parks are essentially designed as they were in the 1980s. Smart Monkeys is at the forefront of a design revolution, and I am looking forward to bringing my own vision of modern design to their very impressive team.”

Moser is known for his expertise in any project where audio, video, lighting, and special effects need to be controlled in a smart way by the newest network technologies.

Moser began his career in the AV industry at the age of 16 by working for a theater and creating the technical infrastructure for a related radio station. He joined the Walt Disney Company four months before the Eurodisney Resort opened in Paris in 1992, and served as AV technician responsible for controlling cutting-edge audio playback and routing through custom, dedicated show-control software.

In the ‘90s, Moser became a system designer for the Live Show Design Team and was in charge of the park-wide entertainment control system for the Walt Disney Studios park, which opened in Paris in spring 2001. It was the first large-scale project in France to use real-time audio through an IP network (Cobranet).

Mitchell Schuh has already proven to be a very talented member of the Smart Monkeys, Inc. team, according to the company.

“Mitch is tremendous at implementing solutions for new technologies and new ways of design,” said Villet. “His new role as director of technology will give him greater opportunities to investigate the AV and IT side of the business and explore how to improve our designs for the industry.”