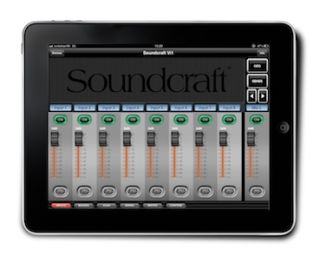 Harman's Soundcraft has updated the Soundcraft ViSi Remote iPad app to allow control of the Vi Series range of consoles in addition to the Si Compact range released last month.